As seniors weigh their prescription drug coverage during annual enrollment, it pays to review the basics of how it works, how much it costs and how the "doughnut hole" may affect them. 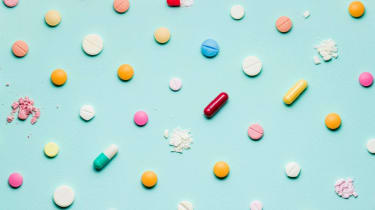 What is covered under Part D? Private companies that offer Part D coverage are allowed to design their own benefit plans, as long as the overall value of the plan is at least as good as the basic plan outlined in the 2003 Medicare Act. So different plans offer different lists of medicines, called a formulary, and have different costs.

Beneficiaries should compare the different drug plans available in their area to find the one that best suits their needs. If you go to the Medicare website at Medicare.gov, they have an online tool to help you compare drug plans.

The key elements of the basic plan are that it must generally cover at least two drugs in each drug class, and have drugs available in what are known as the six primary drug categories. It must also provide a list of covered drugs and pharmacy networks, and offer catastrophic coverage that is at least as good as the coverage outlined in the 2003 Medicare Act.

How much does it cost? How much you pay for Medicare drug coverage depends on which plan you choose. But in general most plans charge a monthly premium that averages $33.50, according to the Centers for Medicare and Medicaid Services.

Those with higher incomes will be required to pay higher Part D premiums. The additional premium is called an Income Related Monthly Adjustment Amount (IRMAA) and is triggered when modified adjusted gross income gets above certain thresholds. For example the lowest threshold that will trigger IRMAA this year begins at $170,000 of MAGI for a married couple filing a joint return.

Sometimes IRMAA can be reduced or avoided by using strategies to reduce MAGI. Looking for investments that reduce taxable investment income, such as annuities, or non-dividend paying stocks is a favorite way to do this. Buying investments in tax-sheltered retirement accounts like IRAs is another way to reduce this income. Also, considering Roth conversions to reduce future taxable required minimum distributions could be another strategy to reduce MAGI.

Enrolling in Part D: If you are currently enrolled in Medicare, you can enroll in Part D or make changes in your Part D coverage from Oct. 15 through Dec. 7 of each year. This is known as the “annual election period.” If you're new to Medicare, you have seven months to enroll in a drug plan: three months before, the month of, and three months after becoming eligible for Medicare.

If the initial enrollment period is missed, you will be able to enroll during the annual election period. However, a penalty of 1% of the monthly premium for each month the beneficiary doesn't enroll will be permanently applied to all future monthly premiums, unless the reason you didn't join sooner was because you already had creditable prescription drug coverage that was at least as good as the coverage available through Medicare.

As daunting as making decisions on Medicare Part D may seem, if you are armed with some basic information you can find the plan that’s right for you.

Mike Piershale, ChFC, is president of Piershale Financial Group in Barrington, Illinois. He works directly with clients on retirement and estate planning, portfolio management and insurance needs.
This article was written by and presents the views of our contributing adviser, not the Kiplinger editorial staff. You can check adviser records with the SEC or with FINRA.
Share via EmailShare on FacebookShare on TwitterShare on LinkedIn
Advertisement