These private insurance plans are a one-stop shop for medical care. 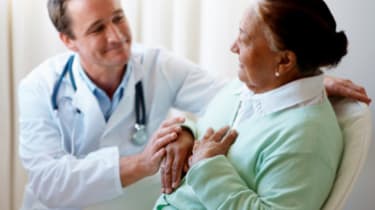 Here's something to consider when Medicare's open enrollment period starts October 15: a private Medicare Advantage plan. Enrollment hit a record high this year, with 14.4 million individuals, or about 28% of all Medicare beneficiaries, in these private insurance plans—a 30% jump in the past three years, according to the Kaiser Family Foundation.

Advantage plans can reduce the costs and the hassle for patients who now need to buy three policies for comparable coverage—traditional Medicare, a prescription-drug plan and a supplemental policy that covers out-of-pocket costs. "There is a convenience factor with Medicare Advantage plans, and they can be cheaper" than fee-for-service Medicare, says Joe Baker, executive director of the Medicare Rights Center.

But if you're enrolling in Medicare for the first time, or considering a switch from traditional Medicare, you need to choose carefully. Insurance plans that advertise zero premiums could end up charging large co-payments. And the plans, often HMOs, will likely limit your choice of doctors and hospitals. Even if you're already enrolled in an Advantage plan, check if it's making big changes for next year.

Lowering costs was the biggest consideration for Jesse Hernandez, a retired railroad worker who had a pituitary tumor, hydrocephalus and several other conditions, says his wife, Rosa. He died this year at 69.

When Jesse turned 65, he enrolled in traditional Medicare with a Part D prescription-drug plan and spent $28,000 out of pocket. The next year, he added a Medigap supplemental insurance plan, and his costs dropped to $10,000. He switched to an Advantage plan, which "took very good care of his medical needs, and it lowered our costs tremendously," Rosa says.

Advantage plans are one-stop shops for medical care. They combine Medicare's Part A, which covers hospital care, and Part B, which covers outpatient services. Most also cover drugs. And they cover many co-payments and deductibles that a Medigap policy would cover for enrollees of traditional Medicare.

Enrollees pay their regular Part B premiums—in most cases, $104.90 a month in 2013. The average enrollee in a plan with drug coverage pays a monthly premium of about $35 in 2013 (in addition to the Part B premium), according to Kaiser Family Foundation.

Ann Hoyt, 74, of Fitchburg, Mass., pays a $139 monthly premium for Tufts Health Plan Medicare Preferred. The higher premium substantially lowers her co-payments, particularly for the five drugs she takes for high cholesterol, osteoporosis and slight breathing issues. "I'm getting more for my money," says Hoyt, comparing the value to an Advantage plan she was enrolled in several years ago.

When making her switch, Hoyt considered several plans. She compared premiums and potential out-of-pocket drug costs before opting for Tufts. The plan also gives her extra benefits such as vision and hearing, plus $150 a year toward a fitness program. She also made sure her physician was part of Tufts' provider network.

Hoyt figures she would pay nearly twice as much under traditional Medicare after buying a Part D plan, which costs an average of $38 a month in Massachusetts, and a Medigap plan, at about $200 a month.

The new health care law, called the Affordable Care Act, has placed a maximum limit of $6,700 on the annual out-of-pocket medical costs for Advantage beneficiaries. Plans actually have kept costs even lower—at an average $4,317 this year, according to the Kaiser Family Foundation. The Tufts plan limits Hoyt's out-of-pocket costs to $3,400. Traditional Medicare has no out-of-pocket maximum.

You can tailor your coverage based on your medical and drug needs by using the Medicare Plan Finder (www.medicare.gov/find-a-plan). You can compare your expected out-of-pocket costs for plans in your area, and check that the plans cover your drugs. If you have substantial hearing, dental and vision problems, consider a plan that offers those services.

A decade ago, the government slashed payments to these private insurance plans, forcing many out of Medicare and stranding millions of beneficiaries. Experts don't expect that spending cuts will lead to such drastic results. Cuts will be phased in over several years, and higher-quality plans receive bonuses. Also, in 2014, the health care law will require Advantage plans to spend 85% of revenue on medical care—limiting expenditures on marketing and administration.

Still, the health insurance lobbying group, America's Health Insurance Plans, does anticipate higher costs or reduced benefits when most of the reductions take effect between 2015 and 2017. The cuts "will certainly have an impact on seniors' health care," says Robert Zirkelbach, the group's vice-president for strategic communications.

In the meantime, a new government five-star quality rating program is prompting many Advantage plans to compete on performance as well as on costs. Because the government rewards the highest-quality plans with bonuses, "there should be an overall uptick in quality performance," says Alan Mittermaier, president of HealthMetrix Research, a Columbus, Ohio, company that rates the value of Advantage plans for consumers.

Plans are rated on 55 measures, including how well they help patients manage chronic conditions. There are 127 Advantage plans with four- or five-star ratings, serving 37% of Advantage enrollees. HealthMetrix offers its own awards to plans that provide the best value (go to www.medicarenewswatch.com).

Private plans can provide benefits that traditional Medicare does not cover, such as routine vision or dental care. But the Medicare Rights Center's Baker says they also can charge you more than traditional Medicare for certain services, such as home health and inpatient hospital services. "Before enrolling, a beneficiary should check with the plan directly to find out how coverage works," he says.

You also need to look at a plan's provider network—check if your general practitioner, specialists and favorite hospitals are in the plan you choose. Nearly two-thirds of Advantage enrollees are in HMOs, which tend to offer limited provider selection and require referrals for specialists. Preferred provider organizations (PPOs) are less restrictive but may charge higher premiums. The biggest complaint Baker's center gets about HMOs is the inability of members to go out of network.

Mittermaier says that if you travel a lot, "be aware that [Advantage] plans are required to cover out-of-area emergency care, but may not have provider networks for non-emergency care outside of their service area." Frequent travelers may be better off with a PPO.

If you're in an Advantage plan now, Families USA's Steinberg says that "you've got to read the fine print" before reenrolling during open enrollment from October 15 to December 7. You'll receive a notice from your plan on changes in premiums, out-of-pocket costs and provider networks for next year.

The information in such a notice came as a big surprise to Bonnie Liltz, 54, of Schaumburg, Ill., who qualifies for Medicare because she has a disability. She had been a member of Humana Choice PPO for several years. But this year, the plan refused to cover two of her five medicines. She filed an appeal with the plan, including letters of support from two doctors. She got one of the two drugs covered.

Those who have employer-based retiree health coverage should take note. You could lose that coverage, which coordinates with traditional Medicare but not with Advantage. You could also lose coverage for your spouse and dependents.

President Trump issued an executive order to suspend the collection of Social Security payroll taxes. How much will it save you?
HSAs Get Even Better