How to Manage Your Money If You Retire Abroad

Don't let your financial life get lost in translation. Take these steps before you leave the U.S. 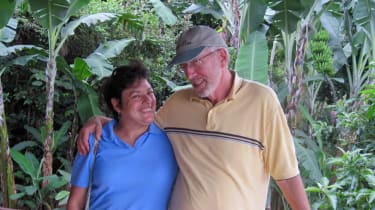 For those with dreams of living in a foreign land, retiring abroad may be just the ticket. But it's essential to prepare for financial challenges before you step off American soil.

To manage your money, you will need to understand how the U.S. tax laws interact with taxes in your new overseas home. You also must figure out how you will handle your banking and investments, including your IRA, while you're abroad.

One of your first steps is to establish online access to your investments, bank accounts and other financial resources in the U.S. "Simplify your financial life as much as possible before leaving and perform all of your transactions online," says Edd Staton, 66, who retired to Cuenca, Ecuador, five years ago with his wife, Cynthia, 62.

Get in touch with expats who moved to your destination country within the past year or two. Dan Prescher, a senior editor of InternationalLiving.com who lives in Cotacachi, Ecuador, suggests looking for expat-related bulletin boards and Facebook pages. These Internet resources can help you find professional tax help, for example. "There's no equivalent of the Better Business Bureau," he says. "Word of mouth is important, and reputation is important."

Also, Prescher says, prepare for large costs when you first arrive. "You can live on $1,500 or $2,000 a month, but it doesn't start when you get off the plane," he says. You might have to put down several months' rent as a deposit. "It's a good idea to have $5,000 or $6,000 squirreled away," says Prescher, who, with his wife, Suzan Haskins, wrote The International Living Guide to Retiring Overseas on a Budget (Wiley, $25).

Taxes. Whether you retire in Panama or Paris, Uncle Sam will be your traveling companion. "You will have to file a tax return over there and one in the U.S.," says Marylouise Serrato, executive director of American Citizens Abroad (www.americansabroad.org), a nonprofit focused on representing the interests of overseas Americans. And there is a chance you could be subject to double taxation, depending on your financial situation and the tax rules of your new home.

The foreign earned income exclusion will not apply to retired expats who have no income from working. "None of those 401(k) and IRA distributions is earned income," says Jonathan Lachowitz, a certified financial planner with White Lighthouse Investment Management, a firm with offices in the U.S. and Switzerland that specializes in advising Americans living overseas. If you pick up some work in your new country, those earnings could qualify for the exclusion.

The foreign tax credit is what retirees will rely on, Lachowitz says. Expats who itemize could choose to take the foreign taxes paid as a deduction instead of as a credit. (See IRS Publication 514 for more details.)

It's a good idea to seek expert help. American Citizens Abroad has an online directory of tax preparers (www.acareturnpreparerdirectory.com), which lists preparers based in the U.S. and in some foreign countries.

Gloria and Paul Yeatman retired to Costa Rica six years ago and run RetireforLessinCostaRica.com, a Web site describing their life abroad. While the couple files a U.S. return annually, Gloria, 58, says she and Paul, 68, rely mostly on investment income and don't have much earnings from work in Costa Rica, thus falling below the threshold for filing a Costa Rica tax return. They pay $400 to a local expert to file their taxes.

When preparing your U.S. tax return, you must convert everything to dollars. "That's even the case if you have income streams that are originally denominated in foreign currency," says Roland Sabates, the director of operations of H&R Block's U.S. Expat Tax Services.

If you live outside the U.S. as of April 15, you have until June 15 to file. But if you owe the IRS money, interest can accrue on unpaid taxes starting April 15.

Also, you may need to file a state tax return, particularly if you plan to return to the U.S. in the future or maintain a U.S. address. "States have very different rules on exceptions to residency," Sabates says.

Banking. Credit history generally doesn't travel across borders, which means you will need to build up a local credit history to conduct certain transactions, such as getting a cell phone plan. Lachowitz advises keeping at least two U.S. credit cards. The cards will keep your U.S. credit history alive, and you also can use your U.S. cards to buy products online, such as airplane tickets.

It could be a challenge to get a credit card or bank account in your new country, as a result of the Foreign Account Tax Compliance Act, known as FATCA. The law, which went into effect in July 2014, is aimed at combating tax evasion. FATCA requires foreign banks to report accounts of U.S. citizens to the U.S. government, and U.S. citizens living abroad must report their financial assets in foreign accounts if their foreign assets exceed a threshold. "Because of FATCA, a lot of banks don't want to work with Americans," Lachowitz says. Those that will may charge an extra fee.

U.S. citizens also must file a Report of Foreign Bank and Financial Accounts. The Yeatmans, who hold accounts at a Costa Rican credit union, file this report to the U.S. Treasury Department in any year their foreign accounts exceed a cumulative balance of $10,000.

Due to anti–money laundering rules worldwide, you may have to prove where your deposited money comes from. For instance, when the Yeatmans deposited the proceeds from selling their U.S. home into their Costa Rican credit union account, the couple had to provide closing documents from the house sale.

Like many expats, Prescher and Haskins keep bank accounts in the U.S., using ATM cards to get cash and pay expenses. By using the ATM, Prescher says, "you'll get currency at that day's exchange rate." Before you go, find U.S. credit and debit cards that don't charge foreign transaction fees and banks that reimburse ATM fees worldwide. Keep in mind that some regions, especially in Latin America, still have a cash-based society.

Investments. It's best to keep most of your investment accounts in the U.S., Lachowitz says. You'll have more investment choices, tax reporting is more efficient, and U.S. accounts aren't subject to FATCA reporting forms.

Currency risk is another reason. "World stock markets are highly dollar correlated," Lachowitz says. He suggests leaving your stock portfolio in the U.S. and holding bonds and cash in the currency you'll be using. As any retiree should do, hold a cash reserve to cover one to three years of expenses.

The Yeatmans keep a self-directed IRA in the U.S. because of the complicated rules and expenses involved with moving it to Costa Rica. The couple also has a bank account in the U.S., but they keep a local account of $3,000 to $4,000 in Costa Rican colones for daily expenses. "We live in colones," Paul says. They replenish the funds by writing themselves a check from their U.S. accounts, though checks take 30 days to clear. The couple has also invested in certificates of deposit at their local credit union, which has offered interest rates in the 9% to 12% range in the past few years.

Lachowitz recommends keeping your IRAs in the U.S., because retirement accounts aren't very portable. "Before you go, you want to make sure [the custodian] won't close your account and send you a check," Lachowitz says. That would blow up your tax shelter. Guidance from the Patriot Act led some firms to close financial accounts held by Americans who do not provide a U.S. mailing address.

Fidelity Investments, T. Rowe Price Investment Services and Vanguard Group say their overseas clients can keep their IRAs with or without a U.S. mailing address and the firms can send distributions electronically or by check. But Maura Cassidy, director of retirement for Fidelity, notes that the federal government requires that 10% of a distribution be withheld for taxes for those without a U.S. mailing address.

Social Security. Benefits are paid to those living abroad. You cannot get Medicare overseas, however.

Beneficiaries typically receive payments by direct deposit into a bank account. The process is "totally painless," says expat Edd Staton, who has his Social Security benefits deposited into a U.S. bank account.

Social Security also can electronically deposit benefits in local banks of many countries, and those benefits are generally paid in local currencies, the agency says. Go to www.socialsecurity.gov/international/payments.html for more information, including the list of countries where benefits can be directly deposited.

Why visit a government office to get your Social Security business done? You can do much of that online.
8 Ways You Might Be Cheating on Your Taxes

The April 15 deadline for filing your 2019 federal income tax return (and paying taxes) has been moved back...but the new due date is approaching fast…
How to Get an Extension for Filing Your Tax Return

If you can't wrap up your tax return by the July 15 deadline, it's easy to buy yourself more time.
Skip to ContentSkip to Footer