The Rules for Making a Tax-Free Donation from an IRA

Making tax-free gifts to charity from an IRA is gaining in popularity among older investors, thanks to changes under the new tax law. Here’s what you need to know to make a qualified charitable distribution. 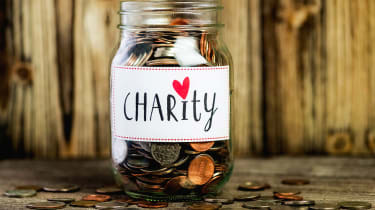 Question: I’d like to make a tax-free transfer of my required minimum distribution from my IRA to charity. Is the deadline for donating to a charity the same as the deadline for taking my RMD? And does my IRA administrator have to send the money directly to the charity, or can I withdraw the money and write a check myself?

Answer: The deadline for making a tax-free transfer from an IRA to a charity—called a “qualified charitable distribution” or QCD—is the same as it is for your required minimum distribution. That’s generally December 31 unless this is your first RMD. First-timers have until April 1 of the year after turning 70½ to take an initial RMD—and they can’t take a QCD before age 70½.

With a QCD, you can give up to $100,000 annually from your IRA to charity and have that count as your RMD. The distribution isn’t included in your adjusted gross income, so it’s tax free. Now that the standard deduction has more than doubled and fewer people will be itemizing their deductions (and, as a result, fewer people will be taking a charitable deduction), a tax-free transfer from an IRA to charity is gaining popularity.

Mari Adam, a certified financial planner in Boca Raton, Fla., says many of her clients are interested in QCDs, especially this year. She’s talking with them about QCDs in October, so they have plenty of time to decide whether or not to take their RMD themselves or give all or some of the money to a charity. “We want to make sure we ask if they want to do a QCD before we process their RMD,” she says. “Once the RMD is processed, it’s too late.” After you withdraw the required minimum distribution, you can’t use it for a QCD for the year.

She also allows more time because she and her clients take extra steps to make it clear where the contribution came from. Otherwise, the charity may receive a check from the IRA administrator but may not have information about the donor. For example, for her clients with IRAs at Charles Schwab, Adam has Schwab make out a check to the charity but then send the check to the clients—not directly to the charity. The clients then send the check with a memo that includes their name, the charity’s name and an explanation that the donation is a QCD from their IRA. They also include a gift acknowledgment form they ask the charity to sign and return, so they have additional proof of the gift for their tax records.

There’s generally no limit to the number of QCDs you can make—as long as the total doesn’t exceed $100,000 for the year—but ask your IRA administrator if there’s a minimum gift size. Many of Adam’s clients make several QCDs each year, but she discourages them from making small gifts that way because the process can be time-consuming. “I would try to avoid the $50 gift and just make those out of your personal account,” she says.

You can look up whether a charity is eligible to receive tax-deductible charitable contributions using the Tax Exempt Organization Search at IRS.gov. Then ask the charity if it’s eligible for QCDs. “Or ask your tax advisor to verify,” Adam says.

If you can't wrap up your tax return by the July 15 deadline, it's easy to buy yourself more time.
Tax Tips for Last-Minute Filing

As you rush to meet the July 15 tax filing deadline, here are some pointers to bring your stress level down.
20 IRS Audit Red Flags

Watch out: These things can increase the chances that the IRS will give your tax return a closer look.
Skip to ContentSkip to Footer