Why Annuities Could Be an Especially Good Deal for Women

Ensuring a secure retirement, with a lifetime of dependable income, comes with many challenges for women. But there is a way they can create their own pensions. 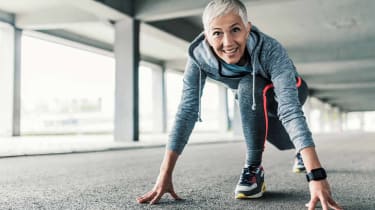 You may see her at the cash register of the local supermarket or drugstore. She’s in her 60s, 70s or 80s and can’t afford to retire. Her savings and Social Security benefits don’t pay the bills.

It’s a common problem. Women on average earn less than men, and that translates into lower savings and smaller Social Security checks. The National Institute on Retirement Security found that the average income of women 65 and older was 25% lower than that of men. In addition, women live longer, so their savings have to last longer. And fewer employers today offer traditional lifetime pensions.

All of that means that women, in particular, need to build up assets so they can create their own pensions. Unfortunately, that’s easier said than done, for several reasons. One reason is that women tend to be more risk-averse than male investors. But the safest investments, such as Treasuries and certificates of deposit, are both low-yield and taxable unless held in a retirement account.

Another low-risk savings vehicle, the fixed annuity, is often overlooked by women. That’s unfortunate because fixed annuities can build wealth faster than other safe bets. Fixed-rate annuities behave much like CDs, offering a set interest rate for a set number of years. They are guaranteed by the issuing insurance company and are further backstopped by state guaranty associations. The level of protection varies by state. Two key advantages help women build savings faster: tax deferral and generally higher rates than CDs or Treasuries with a comparable term. Without taxes, savings can grow faster.

Fixed annuities are a valuable supplement to IRAs and 401(k)s. During retirement, a fixed annuity can be annuitized: that is, converted into a guaranteed stream of lifetime income, paid monthly, no matter how long that is. In other words, a woman can use it to create a private pension.

Economists say lifetime annuities are a good choice for women

A different type of annuity offers another route. Instead of putting money in a fixed annuity and annuitizing it later, you can use the funds to buy a deferred lifetime income annuity now.

You deposit your money with an insurance company. In exchange, the insurer will begin paying you a lifetime stream of income starting at a future date you specify. The longer you can afford to delay taking payments, the larger they’ll be.

If you need income right away, you can buy an immediate lifetime income annuity instead.

Income annuities yield a lot more than other fixed-income investments because each monthly payment includes both interest on the deposit and a return of a portion of your principal, Babbel pointed out. For example, each $1,000 monthly payment might be made up of $191 of interest and $809 return of principal. The latter is tax-free because the insurer is returning your own money to you.

The insurance aspect is where a lifetime annuity provides unique value to long-living women. Once the annuity owner has surpassed her life expectancy and all principal has been returned, payments will still continue undiminished. In this example, she’ll get the $1,000 monthly payments even if she lives to 100 and beyond. The only difference is that the entire payment will then count as taxable income.

As with all forms of insurance, there’s a cost for protection. But Babbel found that lifetime annuities provide modest profits for insurers and markups were quite low. The cost of the insurance built into the annuity is higher for women because of their longer life expectancies. But Babbel’s research concluded women are actually getting a better deal than men. That’s because women on average will get 42 more monthly payments from a lifetime annuity. When adjusted for the timing of the payments and the interest earned … women pay less than men for equivalent annuities, Babbel wrote.

When an annuity is bought by a woman and man on a joint-and-survivor basis, it’s no longer an issue because the annuity is priced to reflect the last survivor’s life expectancy, he added.

Neither method is inherently superior to the other. Investing in a fixed annuity with the option of annuitizing it during retirement provides more flexibility because the annuity continues to grow in value. If you need the money before retirement, you can tap into it, though you may pay a tax penalty if you make a withdrawal before age 59½. If you don’t want to annuitize it, you can withdraw the money at once or gradually.

In contrast, when you choose a deferred lifetime income annuity, you typically no longer have cash value. But in exchange for turning over your money to an insurer, you get some powerful advantages. A woman who does this will know exactly how much income she’ll receive at a future date. If interest rates decline in the future, she might get less income if she instead annuitizes a fixed annuity.

Also, there’s an advantage in firming up your plans now and knowing how much you’ll receive in the future, instead of waiting to act, when you not might be able to.

Retirement-income expert Ken Nuss is the founder and CEO of AnnuityAdvantage, a leading online provider of fixed-rate, fixed-indexed and immediate-income annuities. It provides a free quote comparison service. He launched the AnnuityAdvantage website in 1999 to help people looking for their best options in principal-protected annuities. 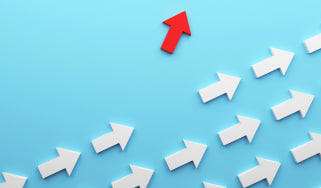 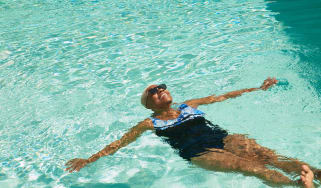 An annuity can yield guaranteed lifetime income — a private pension that can help you sleep at night.
Protection for Your Assets 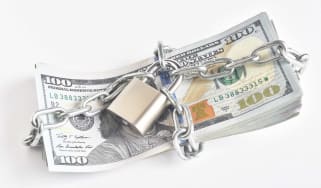 At a time when Americans’ savings are soaring, you need to know how your money is insured.
Know What You’re Paying for When You Buy an Annuity

Demystifying annuities is important now more than ever as the current market landscape is shining a light on the benefits an annuity can provide. A fi…