Variable Annuities Without the Guesswork

A new generation of annuities are simpler and cheaper than most other annuity products.

EDITOR'S NOTE: This article was originally published in the January 2012 issue of Kiplinger's Retirement Report. To subscribe, click here.

Sales of variable annuities with income guarantees are booming. And their appeal to retirees is undeniable: the potential for 25 or more years of stock market gains plus protection against losses. But these products can be very complex, and exorbitant fees can easily consume the generous-sounding guarantees.

A new generation of annuities, however, may be worth a serious look. Products from Vanguard Group and Fidelity Investments are simpler and cheaper than most other annuities. You can buy both products directly, without having to pay a commission to a broker.

The Vanguard and Fidelity annuities are aimed at retirees in their mid fifties to about 70 who want to start taking annual payouts quickly, says Matthew Jarvis, a financial planner in Seattle. They're also designed for individuals who are approaching retirement and hope to lock in guaranteed payouts that they can take in less than five years. "The costs are much lower, and they're so much easier to understand," Jarvis says.

These products differ from most variable annuities with guarantees, which are designed for seniors who intend to delay payouts for five to ten years. Guarantees in those products tend to be higher, but so are the fees.

Vanguard's new Guaranteed Lifetime Withdrawal Benefit rider, which was introduced in October, promises a minimum payout every year for life. The benefit costs a lot less than other variable annuities with guarantees, totaling 1.45% to 1.55% for all fees, including the guarantee, administrative costs and investment fees. Typical costs for an annuity with guarantees can easily top 4% a year.

The annuity offers three low-cost investing choices. One invests 60% of its assets in Vanguard stock index funds and 40% in bond index funds, while a more-conservative option flips the allocation. (Both choices cost 0.50% a year.) The third is managed by the Wellington fund, which keeps 60% to 70% of its assets in stocks and the rest in bonds (its cost is 0.60%).

The guaranteed withdrawal amount can increase if the value of your investment-account balance rises. Say you invested $100,000 and you are between 65 and 69 when you start taking withdrawals. You can receive at least 5% of your initial investment every year for the rest of your life. If your investment remains at $100,000, your yearly payout will be $5,000.

If your investments rise to, say, $120,000, the guaranteed payout will rise to $6,000 a year. That becomes your new minimum. If your investments then fall -- perhaps to $90,000 -- you'll still receive at least $6,000 a year for life. This annuity gives retirees "the peace of mind to continue their drawdowns, even in an unsettled market," says Tim Holmes, who heads Vanguard Annuities and Insurance Services. Unlike most variable annuities, Vanguard's product has no surrender charge, so you could withdraw your account value at any time without having to pay a penalty.

Another new-generation annuity is Fidelity/MetLife Growth and Guaranteed Income. Sales topped $1 billion in the 12 months after the product’s November 2009 launch. There's only one investment choice: a Fidelity portfolio of 60% stocks and 40% bonds. The annuity imposes a fee of 1.9% for a single-life annuity or 2.05% for joint life, plus investing fees averaging 0.70%. The surrender charge of 2% up to five years is relatively low compared with those of standard variable annuities.

Like the Vanguard annuity, the base upon which your Fidelity payout is calculated can never sink below the size of your original investment. And if your investment-account balance rises, your payout permanently increases.

For younger retirees, these annuities may be a better choice than an immediate annuity, because you get to benefit from increases in the stock market. If you're nearing retirement, you can lock in the guaranteed investment base -- say, the $100,000 -- and you won't have to worry that a drop in the stock market on the eve of retirement will jeopardize your payout.

Despite the availability of age-related payouts, neither annuity is designed for retirees who wish to delay taking payouts beyond five years after the purchase, says Jarvis. Nor are they the right fit for someone who wants to buy an annuity after age 70. Older investors who want to start withdrawing soon after purchase will get a higher guaranteed payout with an immediate annuity (get quotes at www.immediateannuities.com).

Putting Off Your Annuity Payouts

If you want to delay payouts for five or ten years after purchase -- perhaps buying at 65 and taking withdrawals at 73 -- it's better to pay a little extra for a withdrawal that is guaranteed to grow over time, says Jarvis. He recommends variable annuities that boost the size of the guaranteed base amount by a set percentage every year before you start taking withdrawals.

These products tend to be more complex and expensive than the Vanguard and Fidelity products. Jarvis usually recommends Prudential's annuity with a Highest Daily Lifetime Income benefit. You pay extra for the guarantee, but the payout can be potentially larger, especially if you delay taking withdrawals for a number of years. Total annual costs run about 3.35% in a version with a seven-year surrender period (higher for a version with no surrender period).

QLACs are a special type of annuity that lets you cut RMDs from your IRAs next year and beyond, reduce the taxes you pay and guarantee more lifetime …
With Interest Rates Near Zero, Annuities Help Pick Up the Slack 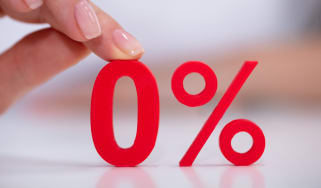 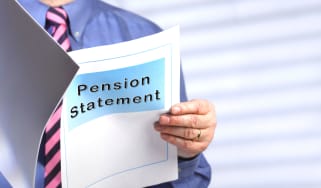 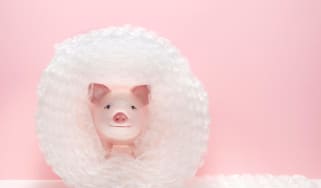 Not all annuities are alike, and some may not be appropriate for you. How much do you know about these investment products?
Skip to ContentSkip to Footer