I Dump a Loser to Raise Some Cash 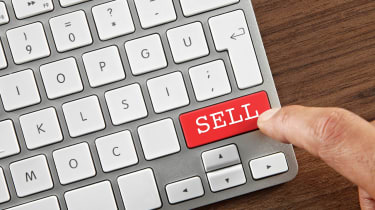 In my continuing quest to find something to sell to free up a little cash in my portfolio, I finally decided to focus on the obvious: the financial repercussions of the sale. When you sell stocks that have appreciated, you have to pay tax on the gains. So, all other things being equal, it’s better to sell securities that you hold at a loss. Losses are not taxable, and they provide write-offs to offset some of your other realized gains.

Given that I’ve been investing during one of the greatest bull markets in history, you might think that it would be impossible to find a money-losing stock. After all, the Practical Investing portfolio has climbed 106% in the seven years it has been in existence. But I happen to have a five-year holding that is deeply in the red.

“How did you manage that, O Queen of the Capital Loss?” you ask. It was simple, really. I underestimated the impact of currency risk.

Five years ago, I bought stock in a Panamanian airline called Copa Holdings. Copa is a well-run company with an enviable position in the Latin American market. At one point, it was the world’s most profitable airline. When I bought the stock, analysts were crowing about how a hub in Panama—where you don’t have to pass through immigration to fly through to your next stop—was a differentiating factor and would boost key airline metrics, such as load factors (the percentage of seats occupied) and revenue passenger miles (the number of miles traveled by paying passengers).

Copa’s 2017 annual report showed a solid jump in seats and passengers, with higher revenue passenger miles and load factors. The problem? Most of Copa’s customers hail from—and pay in the currencies of—Central and South American countries, where inflation rates are volatile and currencies can plunge in value overnight.

Tough to get paid. That makes it a challenge for Copa to repatriate revenues from those countries. Often, before Copa could exchange the currencies its customers paid with, the currencies had already dropped in value, causing the airline to take massive write-offs.

I am not oblivious to currency risk, but I discounted it when I invested this time. Why? Copa is headquartered in Panama, where currency fluctuation wouldn’t seem to be an issue. The home currency is tied to the U.S. dollar on a one-to-one basis. In fact, you don’t need to convert currency when you go to Panama. Merchants take U.S. dollars as readily as they do Panamanian balboas.

But where a company is headquartered has very little to do with where its customers come from—a lesson worth mentioning to anyone who buys shares in companies that operate internationally (probably all of us). If a big segment of the company’s revenue comes from any one geographic region, watch that region carefully.

In Latin America, which accounts for the bulk of Copa’s business, Venezuela has turned into the region’s flesh-eating virus. In past decades, Venezuela was one of the region’s economic stars, and Copa generated roughly 15% of sales from Venezuelan flights. But troubles have intensified under President Nicolas Maduro, and the country’s economy has slid into oblivion. Meanwhile, the currencies of Brazil and Argentina have fallen in value this year, even as those key markets are swamped by Venezuelan refugees, pressuring their economies.

For Copa, the currency issues and higher fuel costs resulted in declining profits during the second quarter of 2018, despite more seats, more flights and better loads. I do believe that the airline will eventually take off again, but probably not anytime soon. I sold my 114 shares in late August, generating $9,385 in cash and realizing a $5,640 capital loss. At least my tax accountant will be happy.

Bonds can be more complex than stocks, but it's not hard to become a knowledgeable fixed-income investor.
Most-Overlooked Tax Breaks for the Newly Divorced

President Trump issued an executive order to suspend the collection of Social Security payroll taxes. How much could it save you?
Best Bond Funds for Every Need

In a changing market, it’s important to remember why we hold bonds in the first place.
Skip to ContentSkip to Footer