A Takeover Boosts My Portfolio

But the merger left me sitting on a ton of cash that’s earning almost nothing. 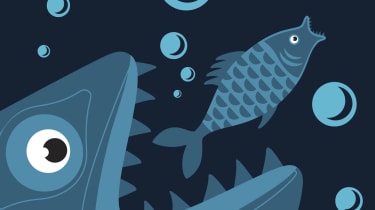 Five years ago, while still investing the $200,000 I used to launch the Practical Investing portfolio, I was searching for a good small company to add to a collection that consisted mostly of big, well-known names. I ran across American Capital Corp.

American Capital was a business development company (BDC), the publicly traded equivalent of a venture-capital concern. It loaned money to small and midsize privately held firms, sometimes taking an equity stake in the borrowers, and provided management advice as a way of boosting the chances that the investment would pay off.

Investing in American Capital gave me a small stake in the roughly 100 privately held companies that it invested in, which I liked. What I liked even better was that the stock was selling for substantially less than the per-share value of American Capital’s net assets (assets minus liabilities). The reason? Unlike most BDCs, which must distribute at least 90% of their profits as dividends, American Capital had changed its corporate structure after the Great Recession so it would not have to pay dividends, enabling it to conserve cash.

The absence of dividends didn’t bother me. I simply figured that the stock was cheap and that an improving economy would bode well for American Capital’s investments and, ultimately, for the company’s value. So in March 2012, I invested roughly $10,000, buying 1,122 shares for $8.94 apiece.

Fast forward to July 2015. With the stock up 51%, American Capital announced that it would restructure again and resume paying dividends. The stock barely budged, so I bought 750 more shares at $13.51 each, for a total of $10,133.

One more time. Six months later, the restructuring plan had stalled, but the stock still looked like a terrific bargain. Cheap stocks are often cheap for good reason, so I dived into American Capital’s financial statements to see if I was missing something. I couldn’t find any red flags and concluded that the stock would eventually approach the company’s net asset value per share. In February 2016, I bought 350 more shares for $14.02 each, boosting my total outlay to $25,071.

Last May, just three months after my last purchase, Ares Capital Corp. (symbol ARCC, $17), a bigger BDC, offered to buy American Capital in a cash-and-stock deal valued at $3.4 billion, or $17.40 per share. Although the price was still below American Capital’s asset value, it was 24% more than the highest price I’d paid for the stock. When the merger closed in January, I received $22,509 in cash, plus 1,073 shares of Ares, which were worth $18,134 on January 31.

Of course, now I needed to take a closer look at Ares, which, thanks to the merger, is the nation’s largest BDC. With investments in 314 companies and some $12.3 billion in assets, the company is well diversified and profitable.

And then there’s the juicy payout. Based on Ares’ annual dividend rate of $1.52 per share, the stock yields a tidy 9.0%. According to analysts’ estimates, Ares was expected to have earned $1.55 per share in 2016, enough of a cushion above the current dividend rate to suggest, in my view, that the payout is secure (analysts see earnings of $1.60 per share in 2017). Moreover, Ares executives have predicted that the American Capital deal will boost Ares’ profits, which should eventually lead to a higher dividend. Even without a dividend hike, a 9% cash return is attractive, especially in an environment in which interest rates remain low and uncertainty is high. So I’m happy to hang on to these shares.

Still, the merger did leave me with one problem: Because I was already holding some cash, I’m now sitting on a ton of it ($51,000 worth, accounting for about 15% of my $338,000 portfolio) that is earning almost nothing. In the coming weeks, I’ll be looking for new investment opportunities.