As a bondholder, owner of insurance companies and a big investor in banks, Berkshire Hathaway profits from rising interest rates in a number of ways. 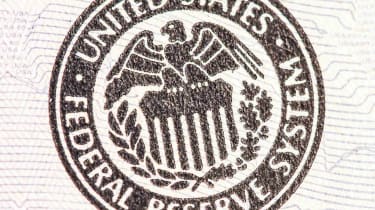 The Federal Reserve raised its target of the federal-funds rate, the interest rate banks charge each other for overnight loans, by a quarter point to a range of 0.75% to 1%, and that’s great news for Warren Buffett’s Berkshire Hathaway (symbol BRK.B) and its shareholders. As a bondholder, owner of insurance companies and an investor in big banks, Berkshire profits from rising interest rates in a number of ways, says David Kass, a professor at the University of Maryland's Robert H. Smith School of Business who studies Buffett and is a Berkshire investor.

"Since Berkshire currently has about $85 billion in cash invested primarily in short-term Treasuries, a [one percentage point] increase in short-term interest rates results in an additional income of $850 million per year for Berkshire," Kass says. "Furthermore, Wells Fargo, one of Berkshire's largest equity investments, will benefit from an increase in earnings as interest rates rise.”

Then there's Berkshire's sprawling insurance empire, which is a big under-the-radar beneficiary of rising interest rates. Insurance firms have a continuous inflow of cash from premium payments that isn’t immediately paid out in claims. The difference, known as the float, is held mostly in safe, liquid investments. That makes insurers large investors in high-quality short-term debt, which will start to pay higher interest rates in response to the Fed's latest rate hike.

"If our premiums exceed the total of our expenses and eventual losses, our insurance operation registersan underwriting profit that adds to the investment income the float produces," writes Buffett in his 2016 letter to shareholders. "When such a profit is earned, we enjoy the use of free money – and, better yet, get paid for holding it."

Since short-term debt rolls over relatively quickly, insurance companies can earn more interest on their holdings in a rising-rate environment as they buy new debt issued at higher rates. Berkshire owns more than a dozen insurance subsidiaries, including biggies Geico and General Re, all of which benefit from rate hikes.

As Buffett points out in his annual letter to shareholders, between its investments and subsidiary ownerships, Berkshire is always "asset-sensitive," meaning that higher short-term rates help its consolidated earnings. On the other end of the spectrum, Buffett says rising rates make stocks like Berkshire a bargain at today’s prices. "Stocks are cheap if long-term rates are at 4%, four to five years from now," Buffett said at a November meeting with University of Maryland students.

The bottom line is that Berkshire's businesses, which comprise 81% of its assets, and its portfolio of stocks, which account for 19%, will become increasingly valuable as rates rise, says Kass. By extension, so will Berkshire Hathaway's stock.