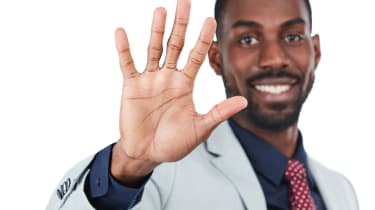 Think the U.S. stock market will gain another 20%-plus in 2018? Guess again. With stocks richly priced, the bull market nearly nine years old, and the Federal Reserve likely to raise interest rates three times in 2018, expect much lower returns.

But some stocks will still deliver handsome profits. For promising picks, I turned to Eric Marshall, co-manager of the Hodges Fund (symbol HDPMX), an all-cap fund that has beaten Standard & Poor’s 500-stock index by an average of 3.2 percentage points per year over the past five years. Below are Marshall’s five favorites for 2018—all small and midsize stocks. All, he says, will benefit from the new tax law, which slashes corporate tax rates. Four out of five pay a dividend.

Keep in mind: These stocks should do well so long as the economy stays healthy. But all are cyclical stocks that will likely suffer when the economy flounders. In short, these stocks are appealing for 2018, but they’re anything but buy-and-forget stocks. (Share prices as of Dec. 28.)

American Eagle Outfitters (AEO; $19.03), which operates 900 retail stores and makes 20% of its sales online, is taking market share from less well run clothing chains. It sells casual clothing, and makes a large percentage of sales from private-label brands, which boast higher profit margins. The company is conservatively run, has no debt and has $2 a share in cash. Yet it trades at a reasonable 15 times consensus analysts’ earnings estimates for 2018. It yields 2.6%.

With the rise of Netflix and streaming movies, are movie theaters doomed? Marshall doesn’t think so even though attendance was down in 2017. “The reality is that there haven’t been many good movies lately,” he says. Theaters did well in 2015 and 2016 when there were better new releases. Cinemark Holdings (CNK; $34.68) operates more than 500 theaters with nearly 6,000 screens in the U.S. and Latin America. The stock trades at 16 times estimated 2018 earnings and yields 3.3%.

With a strong economy, demand for new housing has been robust. That’s good news for Eagle Materials (EXP; $112.28), which makes cement and gypsum wallboard, two products heavily tied to the housing market. The company is also benefiting from rebuilding after the recent hurricanes. If Congress enacts a major infrastructure program, that would further boost Eagle’s bottom line. Only a handful of companies make cement, and the barriers to entry are enormous. The stock trades at 18 times 2019 earnings, and the yield is nominal at just 0.4%.

Tower Semiconductor Limited (TSEM; $34.31) is another cyclical company that Marshall thinks is hitting its sweet spot. Headquartered in Israel and with factories in Israel, the U.S. and Japan, Tower fabricates semiconductors. Most semiconductor firms design, engineer and distribute chips. But few actually manufacture the chips, which is where Tower comes in. With semiconductors in everything from washing machines to doorbells, demand is soaring. Building semiconductor fabrication facilities is costly. But Tower has the facilities it needs. Running a factory at 80% or 90% of capacity instead of 60% doesn’t cost much more, so revenues flow to the bottom line. Tower trades at 14 times 2018 estimated earnings.

Werner Enterprises (WERN; $39.20) is a long-haul trucking firm that Marshall says will profit from new government regulations. The safety rules require all truckers to keep electronic logs to prevent drivers from working too many hours without breaks. “That’ll take 5% to 10% of capacity out of the trucking market,” Marshall says, allowing Werner to boost prices. Werner also benefits from the new tax law. The stock is pricey at 27 times 2018 earnings estimates. But Marshall thinks Wall Street analysts are being much too conservative. He expects Werner to post higher profit margins and earnings. The dividend yields a modest 0.7%.