High-Yield Investments That Are Worth the Risk

Many of these debt or stock offerings have returned more than 10% so far in 2019. 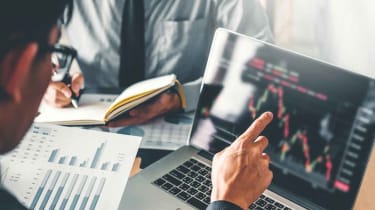 After getting slammed in the final weeks of 2018, many high-yielding investments are again rocking and rolling. The tent is large and includes the debt or stock offerings of everything from oil-and-gas partnerships to real estate investment trusts that specialize in mortgages or development to companies that provide financing for other businesses. Many of these investments have returned more than 10% so far in 2019. That reinforces my doctrine: It’s worth striving for extra yield, even in a “riskier” asset, provided you get paid in full and on time, which is the usual result absent a recession or a credit crisis.

The strategy is not for everyone. You may be gloomy about the U.S. economy’s prospects, or you may believe that inflation and interest rates will soar. Maybe you’re keeping nearly 100% of your savings in cash, short-term notes and bank deposits because you don’t need the extra income and don’t want the risk of investing in something more aggressive. Or perhaps you’re safeguarding the money for a particular purpose.

But if none of that applies to you, don’t blanch just because a high-payout holding gets caught in a temporary market tumble. Unless a specific enterprise is mismanaged—or it runs chronically negative cash flows and has to pay through the nose to borrow at all—there will likely be a recovery, and your rewards over time will eclipse the occasional dips and dives.

I say this because a bunch of my favorite long-term-yield exemplars got hit hard last year—and my counter-reaction (and published advice) was to be fearless. Long-term financial investments are not trading vehicles.

Such proven operations as Brookfield Infrastructure Partners (symbol BIP, $41, yield 4.8%), Compass Diversified Holdings (CODI, $16, 9.0%), Hannon Armstrong Sustainable Infrastructure Capital (HASI, $25, 5.3%), Ladder Capital (LADR, $17, 8.1%) and NexPoint Strategic Opportunities Fund (NHF, $22, 10.9%) are disciplined, expertly run companies with sound portfolios of loans and properties. They cover distributions with regular cash flow, they don’t speculate in wacky stuff, they don’t have management shakeups, and they keep much of what they buy or finance on their own balance sheets (rather than flip and strip them to pay grandiose distributions).

Who’s afraid of the Fed? Every one of the above-named investments tanked near the end of 2018, some by 20% or more. But each has now re­covered because nothing happened to discredit its business model or threaten its dividends. The most plausible reason for the market tumble was the fear of drastic Federal Reserve credit tightening. Smart buyers pounced on the deeply oversold shares even before the central bank called a time-out on its rate-hiking cycle. Savvy investors will take advantage if the market pulls this trick again.

You can invest in this sphere indirectly through the likes of Miller/Howard High Income Equity (HIE, $11), a closed-end fund, or exchange-traded fund YieldShares High Income (YYY, $18). These funds also include such yield-oriented standards as bank-loan funds and short-term junk-bond funds.

The investments listed here, whether funds or individual securities, make more sense as satellites rather than core fixed-income holdings. And I will not argue with those who doubt we’ll get another double-digit-percentage quarterly gain on top of the first-quarter bounce. “It does feel to us that the rally is running out of steam,” says John Sheehan, a portfolio manager with Osterweis Capital Management, an adept player in high-yielding investments. But he’s absolutely not expecting another nasty sell-off.

Buying a REIT or finance firm that may zigzag in price while steadily and briskly boosting its well-covered dividend isn’t playing the lottery. It’s just the opposite.