Don't let scary headlines about the muni bond market steer you away from buying opportunities. 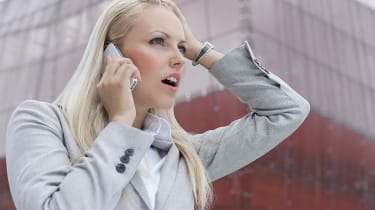 Illinois, home to Abe Lincoln, Barack Obama and a mob of felonious former officeholders, is the epicenter of the latest municipal bond fright fest. Politics, fittingly, is the cause. The state and the city of Chicago both have huge pension obligations that they not only can’t afford but also can’t modify, thanks to ironclad language in the state constitution recently affirmed by the Illinois Supreme Court. The Democratic legislature and the Republican governor are at loggerheads. No quick solution is at hand.

This casts Chicago and Illinois in the roles previously played by Detroit and Michigan, and by Stockton and California, in the long-running drama Fear and Loathing in Muniland. In this series, a local money squeeze begets scary headlines warning that the entire $3.7 trillion U.S. municipal bond market is in peril. In the end, the sun shines and the gloom passes. California is prospering, and its bonds have rallied for several years. Michigan is also better off. But as the plot unfolds, legions of bondholders and financial advisers dump sound investments while they spread the hogwash that a credit emergency is coming your way, wherever you live.

In truth, the Land of Lincoln and the Windy City are ailing. In May, Moody’s busted the rating on Chicago’s general obligation bonds to junk status. Illinois remains investment-grade, rated A– by Standard & Poor’s and A3 by Moody’s; but that’s weak for a state, so Illinois GO bonds offer bountiful yields. In early June, debt maturing in 10 years boasted current yields of 4.0%. That’s equivalent to a taxable yield of 5.6% for taxpayers in the 28% federal bracket and a whopping 7.1% for those who pay the top rate of 43.4%.

Ten-year Chicago GO bonds yield only 3.3%. That’s mainly because many existing Chicago GOs are insured against default. But other Chicago-related bonds are caught in the web. An O’Hare International Airport passenger-revenue bond due in 2035 and carrying a 5.0% interest coupon began the year at $110 (relative to par value of $100) with a current yield of 3.3%. It sank by early June to $101, giving the bond a yield of 4.3%.

Moody’s spared city-owned O’Hare from the same fate as Chicago’s debt, knowing that airline fees and ticket taxes back those bonds. As a result, the O’Hare bonds look cheap and seem to be an example of an issue suffering from guilt by association.

These events have the cooler heads in the world of tax-exempts puzzled, just as they were when Detroit’s struggles scared investors away from muni bonds from all over the nation. Remember, Detroit lost half its residents and almost all of its industry. Chicago has problems, but it is still vibrant. Dick Larkin, director of credit analysis for HJ Sims, a bond brokerage, says Chicago “is in much better shape than Detroit was for 30 years or more” and that “knowledgeable investors don’t panic at the sight of a headline.”

There’s another, and broader, takeaway: Elevated yields at scattered trouble spots push up all yields, making muni bonds more attractive for buyers. Gurtin Fixed Income, a firm with offices in Chicago and San Diego that manages portfolios for individuals, cites “pension paranoia,” the questionable assumption that all public retirement funds are on thin ice, as the cause of these yield bonuses. Michael Johnson, Gurtin’s head of research, avoids Chicago bonds and distrusts New Jersey and Rhode Island bonds, but he doesn’t expect any of them to default. He simply prefers bonds from richer counties, states and school districts, knowing he’ll get a bit more interest than otherwise because the woes of credit weaklings prop up yields everywhere else.