5 Defense Stocks Poised to Go on the Offensive

Rising federal spending bodes well for all makers of military hardware and services. But these will do better than most. 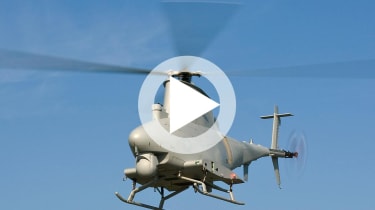 The U.S. government is planning to spend substantially more on defense. That bodes well for all makers of military hardware and providers of military logistics services. However, some are better-positioned than others to capitalize on the planned spending growth.

This roughly $12 billion company is the nation’s busiest builder of military ships, including amphibious transport dock ships and the Navy's next aircraft carrier, the John F. Kennedy.

One of the country’s biggest and best suppliers of defense systems is behind and overbudget on the F-35 fighter jet program, but the Department of Defense is still committed. Another notable weapon is the Long Range Anti-Ship Missile.

Another huge diversified defense contractor, Northrop Grumman also contributed to the F-35. Other products include the Fire Scout unmanned helicopter, and the next generation stealth bomber, known as the B-21.

This industrial giant doesn't have its name on any big weapons systems but its products are found in many. Plus, its Pratt & Whitney jet engines power many of the military's airplanes, including the F-35, F-22 and F-16.

Like United Technologies, Spirit Aerosystems builds critical parts, specifically for aircraft. Weapons systems that use Spirit parts include the V-22 Osprey, a half-helicopter, half-plane craft in use with the U.S. Marines, as well as Sikorsky helicopters across the services.

SEE MORE: 10 Defense Stocks to Buy to Go on the Offensive