Is It Time to Bail on Bonds?

With interest rates rising, bonds are feeling the heat. Institutional investors are making some moves right now, and maybe you should follow in their footsteps. 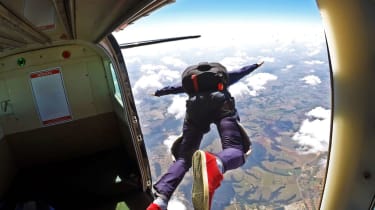 If you’ve noticed interest rates slowly creeping up, you’re probably wondering what that means for you.

The answer is that it depends on where you are in your life.

For consumers, a decision by the Federal Reserve to raise rates can influence the cost of car loans, student loans and even the interest on your credit cards. If you’re preparing to buy a home, higher rates could affect your house payment, eating away at what you can afford. And if you have been considering refinancing an existing mortgage, you already know it’s getting tougher to lock in a good rate.

The Ups and Downs of Interest Rates

Although today’s interest rates are still low by historical standards, they’re now higher than many younger consumers have seen in their adult lives.

But the thing is, what’s happening is normal. Interest rates have historically gone through long-term cycles, where they tend to go up for about 20 years, and then move down for another 20.

If you think back to the early and mid-1980s, interest rates were extremely high. Mortgage rates were 13% to 14%, and you could get a five-year CD-yield of 12% or higher.

From there, interest rates trended downward for about 20 years, which also coincided with a boom in the housing market, because buyers could get more for their money.

That was followed, of course, by the market crash and the housing bubble burst. In response, the Fed purposely forced down interest rates — and we’ve lived with those low rates for quite a while.

Hang Onto Your Portfolio: Rates Are on the Upswing Again

Now we’re beginning a rising-rate cycle, where interest rates are expected to gradually go up over time. Rates are at their highest level since shortly after the bankruptcy of Lehman Brothers in late 2008. And many people are starting to notice the impact on their pocketbooks.

What they also should be paying attention to is the effect on their portfolio.

That’s because most people build their nest eggs around a mix of stocks and bonds — stocks for growth and bonds for safety (or, at least, less risk than stocks). But in a rising rate environment, bond prices tend to go down. After all, why would an investor pay face value for an older bond when he or she could invest in a new bond and earn interest at a higher rate?

That’s a hard lesson for investors who came to depend on what seemed to be the natural buoyancy of bonds in the 1980s, ’90s and early 2000s.

We don’t know that bond prices definitely will go down. But there’s a pressure that wasn’t there previously. And what I’m seeing when I look at the portfolios of institutional investors — the big endowment funds, investment banks and hedge funds that have access to every asset class, trading strategy and geographic market — is a lot of money flowing into non-correlated investments (we’ll get into what those might be in a bit). They’re still in stocks for growth potential, but instead of using bonds for the “safer” portion, they’re turning to products that don’t perform like stocks and offer some diversification and security.

And there’s no reason why an individual investor couldn’t do the same thing.

I know: Financial advisers — especially retirement specialists — are always talking about being prepared for the worst. I understand, too, that it’s a tough thing to make changes when the market has been doing so well for so long. And if your money is mostly in your 401(k), it gets even tougher, because the asset options available within employer-sponsored plans are usually fairly limited.

But if you’re close to retiring, and you want to protect your nest egg, it’s time to take a look at what you have, and how the products and strategies you’re using will work for you in the future.

If you’re 59½ or older, even if you’re still employed, you typically can transfer funds from your 401(k) to an IRA — and if you do it correctly, you won’t owe any taxes (at that point) or a penalty. With an IRA, you’ll have access to a much broader selection of non-correlated investments.

If you already have an IRA, talk to your adviser about what you can do to mitigate your downside potential in a rising interest environment.

Some Investment Options to Look At

Given the increasing interest rate environment, indexed products — such as indexed annuities, indexed CDs or indexed life insurance — become more and more attractive. With an indexing strategy, you have the potential for some investment growth linked to a designated index (such as the S&P 500).

Indexed annuities offer protection from downside risk with a guaranteed minimum return typically of 1% to 3% interest on at least 87.5% of the premium invested. Keep in mind that if you surrender your annuity early, you may have to pay a significant surrender charge along with a 10% tax penalty that could reduce or eliminate any return.

Other alternative opportunities include commodities, derivatives, futures contracts, covered call writing and structured notes. All have the potential to make money but are not positively correlated to the stock market.

You might not be able to protect yourself from rising interest rates as a consumer, but as an investor you have some control.

Sit down with your financial professional and explain that you want a portfolio that’s built for what’s to come.

Michael R. Andersen is the founder and president of Andersen Wealth Management, a Registered Investment Adviser. He is an Investment Adviser Representative and a licensed fiduciary. A firm believer in financial education, Andersen holds regular informational seminars for clients and the community, and he is the host of the "Wise Money" radio show.

Bonds can be more complex than stocks, but it's not hard to become a knowledgeable fixed-income investor.
Check Your Financial Adviser Now (and Every Year) or Regret It Later

Fewer than 10% of investors use such free background checks as Investor.gov, BrokerCheck or IAPD to check their financial advisers’ backgrounds. These…
HSA Limits and Minimums