Can REITs Continue Their Rally?

Real estate investment trusts have had a huge run-up as investors hunt for income. Sell before it’s too late.

Real estate investment trusts, high-dividend-paying companies that invest in commercial real estate, have been a fabulous place to put your money lately. From the stock market’s bottom on March 9, 2009, through November 8, 2010, the FTSE NAREIT Equity REIT index skyrocketed 182.3%.

But experts are warning against optimism. Vacancies in commercial real estate remain high in many parts of the country, putting pressure on rents, which in turn keeps property prices depressed.

REITs mainly own office buildings, industrial facilities, retail properties, hotels and apartments. Of those sectors, only apartments are holding their own, says Andrew Gogerty, a Morningstar analyst. What’s more, hundreds of billions of dollars in commercial real estate debt needs to be refinanced -- on properties that are worth far less than they were when the loans were made a few years ago. All this leads Gogerty to be cautious. “What has been driving REIT prices is investors’ demand for yield,” he says.

The yield on the NAREIT Equity REIT index has shrunk to 3.5%. That’s close to the low for the past 20 years. (The index yielded 3.3% in January 2007, the lowest yield since at least 1972.) But investors apparently see the current 3.5% yield as enticing compared with yields on such alternatives such as Treasury bonds.

REITs are a special kind of corporation that must distribute at least 90% of profits to shareholders annually. That keeps yields generous, but it also leaves companies with little firepower to grow.

Money has poured into REIT funds this year as investors have chased returns. Through September 30, $2.7 billion flowed into real estate funds, Morningstar reports. The inflows were in marked contrast with the huge investor exodus from most stock funds this year. But those flows will reverse course abruptly if selloffs like the one that occurred on November 9 continue.

Yields have done a superb job of predicting how REITs will perform. When yields have been between 4% and 5%, REIT returns have averaged essentially zero over the subsequent five years, according to Morningstar. So the dividend merely allowed investors to break even. But if you had invested in REITs when their yields were between 6% and 7%, on average, you would have earned an annualized total return of 12% over the following five years. And if you had waited until yields were between 8% and 9%, you would have earned an annualized 16% over the next five years.

In March 2009, as the last bear market neared its end, REIT yields shot up to 11%. Since then, yields have collapsed as REIT prices have shot up.

REITs are hardly a safe harbor in bear markets. In the last down market, which ran from October 9, 2007, through March 9, 2009, the NAREIT Equity REIT index plunged 69.6%. By contrast, Standard & Poor’s 500-stock index lost only 55.3%. But investors seem to have forgotten that blood bath. Even with the sharp rally since REITs hit bottom, the NAREIT index is down 14.2% (including dividends) from the start of the bear market through November 8.

In place of price-earnings ratios, REITs are generally valued on price relative to funds from operations. FFO is essentially operating earnings plus depreciation. It’s considered a better measure for REITs than earnings because real estate companies typically have huge depreciation expenses, which distort earnings.

On this measure, REITs are dear. REITs, on average, trade at about 14 times funds from operations for the past 12 months. Given their low growth prospects, REITs shouldn’t command such high price-to-FFO ratios.

REITs can make good investments. They typically pay nice yields, and they offer some diversification from other types of stocks. Over the past ten years, the FTSE NAREIT Equity REIT index has returned an annualized 11.8%. But history shows that the best time to own REITs is when yields are far more generous than they are now. Rather than buy REITs, it’s time to sell them.

Both the stock markets and bond markets will have Monday off as the nation honors civil rights leader Martin Luther King Jr.
The 13 Best REITs to Own in 2021 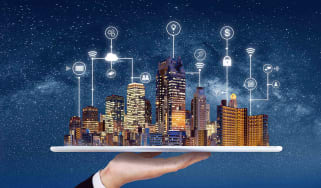 Real estate offers diversification and much more income than the market average. These are 13 of the best REITs you can buy as 2021 comes into focus.
15 Best Foreclosure Sites for Finding Properties 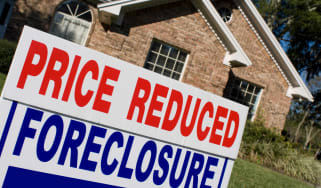 If you’re searching for foreclosures for sale for your next home or to flip for a profit, these websites will guide you to foreclosures to buy.