3 Vanguard Funds on the Comeback Trail

Once mediocre, they’ve turned into solid performers, thanks to new managers or shifts in market sentiment. 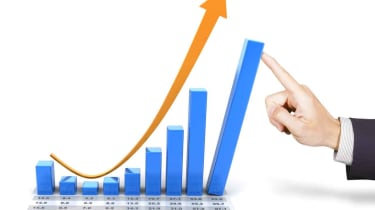 When a good mutual fund does well, everyone takes notice. But it’s easy to overlook a formerly poor performer that has turned the corner. Take the three Vanguard funds described below. Once mediocre, they have turned things around in recent years.

For context, compare the returns of these funds with those of Standard & Poor’s 500-stock index, in parentheses below. Results are through January 29 and are annualized.

New blood has helped to revive this large-company, computer-driven stock fund. Since Vanguard replaced Mellon Capital in 2011 with three firms that rely on quantitative stock-picking practices—Vanguard’s own “quant” team, D.E. Shaw Investment Management and Los Angeles Capital—Growth & Income has returned an annualized 16.2%, outpacing the S&P 500 by an average of 0.5 percentage point per year. (For the five-year period before the shakeup, the fund lost 2.6% annualized, lagging the index by an average of 1.5 points per year.)

Each management group runs one-third of the fund’s assets. Vanguard’s team uses a five-factor model that homes in on valuation, growth and quality, among other things. Los Angeles Capital relies on some of the same screens, but it puts greater emphasis on factors that are in favor with investors and less emphasis on factors that are out of favor. Morningstar analyst Kevin McDevitt says D.E. Shaw uses models that incorporate, among other things, technical analysis (such as share-price trends and trading volume) and fundamental measures (such as the strength of a company’s balance sheet).

But, McDevitt adds, the new managers have delivered the goods during a period of mostly strong stock-market performance. “They haven’t been tested yet by difficult market conditions,” he says.

After six consecutive years of middling to below-average returns relative to its peer group, Strategic Equity has been on a roll since 2011. As a result, its five-year return ranks among the top 1% of all funds that focus on midsize-company stocks.

But its comeback is less about the fund’s investment process and more about a shift in the market that now favors the shop’s style. James Troyer, James Stetler and Michael Roach, of Vanguard’s quantitative stock group, run the fund. They use screens that focus on valuation, earnings growth and market sentiment, among other factors, to pick stocks. The computer models drive the managers toward high-quality companies that trade at bargain prices. The strategy led to Strategic Equity’s underperformance in 2007, when the fund held a number of homebuilder stocks that plummeted as the housing market weakened, eventually leading to the financial crisis.

But the managers stuck with their process, and the market began to turn in their favor. Some of the fund’s best performers over the past year included video game maker Electronic Arts (EA), footwear company Skechers USA (SKX) and software developer Manhattan Associates (MANH). The fund is “a good example of how active management styles can move in and out of favor, and that if you have a good manager it’s important to stick with them because you can recover,” says Dan Newhall, who runs the group at Vanguard that monitors its funds’ managers.

Things started to turn around after a manager shakeup in October 2010. Vanguard jettisoned one subadviser (Alliance Bernstein), retained one (William Blair) and signed on two new firms—Jackson Square Partners and Wellington Management. Since then, the fund has returned 14.2% annualized, outpacing the market by an average of 1.8 percentage points per year. “U.S. Growth is our biggest comeback fund because for some years it did disappoint,” says Newhall. “It was a fund that was perhaps most frustrating for us.”

Today, Jackson Square and Wellington together manage a bit more than 70% of the fund’s assets. But they share the pie with more subadvisers today than in 2010. In early 2014, Vanguard’s portfolio review group, which monitors all of the firm’s funds, folded a smaller and less- successful fund, Vanguard Growth Equity, into U.S. Growth. Growth Equity’s subadvisers, Jennison Associates and Baillie Gifford Overseas, stayed on and joined the U.S. Growth management team. Jennison and Baillie each run 6% of the fund’s assets. William Blair runs 13%; and the rest sits in cash.

Like many other large-company growth funds, this one benefited last year from a big stake in the FANGs. At last report, the fund counted Facebook (FB), Amazon.com (AMZN) and Google, now called Alphabet (GOOGL), among its top 10 holdings. All told, U.S. Growth had 27% of its assets in tech stocks.