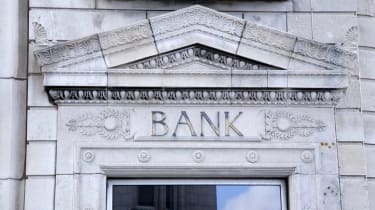 If anything underscores the idea that bigger isn’t always better, it’s the recent results of small-bank stocks in general and of Hennessy Small Cap Financial Fund (HSFNX) in particular. Although the fund gained only 1.9% over the past year, it crushed the average financial sector fund by 13.8 percentage points.

Bank stocks have been flailing because of recession fears, uncertainty about interest rates and concerns that many energy firms may default on their loans. But small banks have held up better than their larger counterparts. Over the past year, the KBW Nasdaq Regional Banking index, which tracks shares of small banks, shed 5.7%, while a KBW index that tracks large banks sagged 14.9%.

Hennessy’s managers, Dave Ellison and Ryan Kelley, invest mainly in savings and loans with market values of less than $3 billion. Small banks earn 70% to 100% of their profits from the “spread”—the difference between the rate at which they borrow and the rate at which they lend. Big banks, Ellison says, rely much more on such things as investment banking and money management. Small banks, he adds, benefit more from higher interest rates, which is why investors flocked to them when it became apparent that the Federal Reserve would raise rates last year.