What I Learned From Sequoia Fund's Tragic Love Affair With Valeant

A huge bet on a controversial drug company is haunting the storied mutual fund. 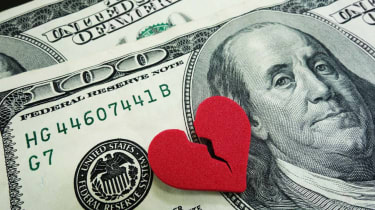 When Warren Buffett dissolved his investment partnership in 1969 to focus on Berkshire Hathaway, the company he had acquired a few years earlier, he recommended that his clients invest in the Sequoia Fund (symbol SEQUX). It was great advice—for more than three decades, anyway.

When I recommended five low-risk funds to Kiplinger readers in August 2011, Sequoia topped my list. Over the previous 10 years through August 31 of that year, the fund had returned an annualized 5.7%, an average of 3.0 percentage points per year better than Standard & Poor’s 500-stock index. Yet the fund was 18% less volatile than the index over that stretch. Wow!

What’s more, because asset bloat can cripple performance, the fund displayed an admirable willingness to limit growth. Sequoia closed to new investors from 1982 until 2008, and again in 2013.

But when I recommended Sequoia, I overlooked what would later turn out to be a hidden time bomb: The fund’s largest holding, accounting for 14% of its assets, was a drug company I had never heard of, Valeant Pharmaceuticals (VRX).

Sequoia, however, had a successful history of loading up on a stock or two, so I wasn’t particularly worried. For many years, it owned a ton of Berkshire Hathaway—and that had worked out wonderfully. The managers had shown that they knew what they were doing. Who was I to question their proven wisdom?

What I didn’t know: Valeant was no Berkshire Hathaway.

An aggressively acquisitive firm, Valeant did not spend money to research and develop new drugs. Instead, it bought existing medications from other drug makers, as well as whole companies—then relentlessly hiked the prices of the drugs it acquired. To fund the acquisitions, it borrowed heavily.

By last year, the stock had become a darling of hedge funds, and as long as sales, earnings and the stock price kept rising, Valeant’s mounting debt wasn’t a problem. But after a hedge fund manager who had shorted the stock (that is, bet on its price to fall) publicly blasted Valeant last fall, the shares blew up. In the ensuing months, it continued to tank as the news got uglier and uglier.

Congress slammed Valeant’s greedy pricing practices, the company’s CEO left, the feds launched investigations and lawsuits were filed. On March 15, Valeant disclosed that it was in danger of technical default on some of its debt because it might not be able to meet the deadline for filing certain financial disclosures. The stock closed at $26.98 on March 18, down a breathtaking 90% from its peak. From the date of Valeant’s top through March 18, Sequoia plunged 31%, compared with a loss of 1% for the S&P 500. Valeant closed at $28.98 on March 29.

During the entire debacle, Sequoia steadfastly refused to part with a single Valeant share. Indeed, in the fourth quarter of 2015, while the stock was in free fall, Sequoia bought 1.5 million more shares, bringing its total stake to 12.8 million shares. Now, it’s one thing to be a contrarian. But buying more of a stock that you already own too much of while other investors are dumping it en masse is hubris.

On March 23, finally embracing reality, Valeant’s two Sequoia cheerleaders—71-year-old CEO and comanager Bob Goldfarb and an analyst—resigned. The remaining comanager, David Poppe, was named CEO and sole manager. “A lot of our clients are frustrated and don’t understand how this happened to us,” Poppe told Bloomberg. “Our message is we’ll get back to basics, owning best-of-breed companies with lower levels of debt”—as well as put limits on how much to invest in any single stock. “Clients don’t have an appetite for too much concentration.”

Sequoia’s mistakes hardly mark the first time a talented manager has screwed up by buying too much of a “can’t miss” stock. Bill Nygren, the savvy stockpicker who launched Oakmark Select in 1996 and still comanages it, put 15% of the fund’s assets into Washington Mutual and rode the thrift’s stock all the way to zero.

What to do if you own Sequoia? I wouldn’t be in a rush to sell. Chastened by this debacle, Sequoia is unlikely to make the same mistake again, and the major damage is behind it—Valeant appears to now be only about 7% of assets. And the fund’s record of consistently delivering above-average returns with below-average volatility for decades has to count for something.

Morningstar analyst Michael Waterhouse, while conceding that Valeant’s stock “remains in a highly volatile and uncertain situation,” says the company is worth $115 per share, four times its current price.

The lesson I’ve learned from the Sequoia disaster is that I need to redouble my efforts to examine the risks a fund is taking, especially when it has a fabulous record. I need to make sure a fund isn’t taking excessively large positions in one or two stocks or engaging in some other dicey strategy. Dramatically outsize returns almost never come without outsize risks.

Now, in what appears to be the latter stages of a bull market that began in 2009, I’m more interested in funds that are likely to hold up well in the next stock market downturn. Then again, that’s what I was trying to do when I picked Sequoia in the first place.

The Berkshire Hathaway portfolio is a diverse set of blue chips and, increasingly, lesser-known growth bets. Here's a look at every stock picked by Wa…
10 of the Best Target-Date Fund Families