I Still Fear A Big Market Decline Ahead

Prepare your portfolio for more volatility and a drop in stocks. 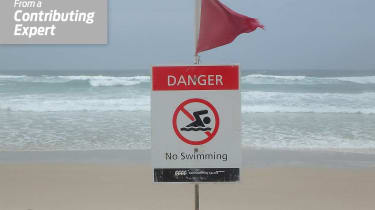 In its meeting on March 16, the Federal Reserve left the federal funds rate unchanged and indicated that there could be two rate increases between now and the end of 2016. Last fall, the indication was as many as four rate hikes in 2016—and the market rallied on that news, but Standard & Poor's 500-stock index is down slightly, as of mid March.

Those who believe monetary policy has been irresponsibly loose will no doubt say the most recent Fed announcement is setting us up for a potentially more painful day of reckoning somewhere down the line. Others will say that current economic and market conditions warrant caution on tightening the money supply.

In an article published on February 22nd, Mohamed A. El-Erian, former head of Pimco, said, "The market calm may be short lived." He lists three risks, any one of which he says could lead to a big drop in the stock market.

Former Dallas Federal Reserve President, David Fisher, said last week on CNBC, "We injected cocaine and heroin into the market [with quantitative easing], and now we are maintaining it with Ritalin… The Fed is like a big weapon with no ammunition left." These comments are remarkable, especially coming from a former fed governor.

Don't ignore these signs indicating that the economy and the stock market are undergoing a serious and fundamental change. I recommend that investors add a tactical component to their overall investment strategy. Tactical strategies, very simply, have a mechanism for reducing exposure as markets first become more volatile and then, decline. This isn't market timing. It is rules-based investing. And, it's not for an investor's entire portfolio—just the portion that you would like to protect. If you commit as little as one third of your investable assets to tactical strategies, it will improve portfolio returns significantly if we enter a bear market. If stocks continue to climb, you still have two-thirds of your capital benefiting from that increase.

It's important to note that tactical systems don't just protect investors from bad markets. To the contrary, tactical systems identify areas of strength and funnel capital in that direction. It is not, therefore, a decision to take a big chunk of your investable assets permanently off the table. Rather, it is adding another level of diversification to an overall investment strategy.

For more on my recommended tactical strategies, see How to Prepare Your Portfolio for the Worst.

Roger Davis is CEO of Woodridge Wealth Management, LLC. He lives in Los Angeles CA with his wife and two children.

Roger is a wealth manager for successful families and individuals, speaker, and author of Wall Street's Just Not That Into You: An Insider's Guide to Protecting and Growing Wealth (Bibliomotion, 2015). He is CEO of Woodridge Wealth Management, LLC. Prior to its formation, he was a Senior Vice President at UBS Financial Services and was member of the senior advisory council at J.C. Bradford & Co. Davis has worked as a financial advisor since 1992.