Why Interest Rates Are Headed Up

Recent yields on ten-year Treasury notes haven't been higher since the spring of 2002. But don't lock in yet.

ATTEBERRY: There's been a tug of war going on between people who think the Federal Reserve is going to lower short-term rates and those who think the Fed is not. The arm-wrestling has gone back and forth. The last run-up represents a realization that the Fed is going to keep the federal funds rate -- a key short-term benchmark -- at 5.25% for a while. Yet if you look at Treasuries at the start of the summer, most yielded less than that. You can't justify such low yields when it's clear that the Fed thinks the economy is too strong and inflation too much of a risk to ease interest rates. 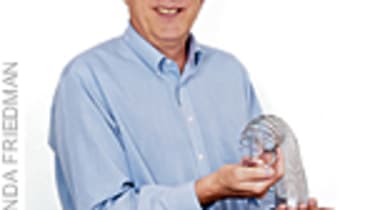 But isn't the economy starting to slow? That's when rates usually fall. Growth in the U.S. has diminished, and the main culprit is a retraction in the housing market. But if you want to figure out what's going on with the economy, it's all about jobs, jobs, jobs. Businesses and corporations are still hiring and wages are growing. Plus, you're looking at accelerating economic growth overseas, which is pushing commodity prices still higher. And a weaker dollar adds to the inflation side of the equation -- what you are importing is costing you more. Inflation is too much of a problem to lower the rates at this point.

Time to lock in? We've had a short-term focus in our portfolio for quite a while, owning notes with an average maturity of less than two years. But a few weeks ago, we started to purchase five-year Treasuries -- when yields get to 5.15%, it makes sense to nibble. Don't look longer-term yet. Beyond a five-year maturity -- maybe seven years -- you're not getting paid for the risk that rates will rise more.

Is the bond market going to calm down? Not for a while -- I think volatility is here to stay.

Kiplinger.com senior investing editor Kyle Woodley joins our Your Money's Worth podcast to answer investor questions about tech stocks, the election a…
Retirees, Create An Emergency Fund for Rental Property