You can't unwind the biggest asset bubble in history overnight&mdash;or even in a year.

The first wave of the housing crisis began when risky loans made to speculators and subprime borrowers started to go bad. The problems these loans caused are now mostly behind us, and the low end of the housing market is stabilizing. Among homes once selling for about $200,000, prices have fallen dramatically—in some cases 70% or more—and first-time homeowners are stepping in, resulting in rising sales and even bidding wars.

The market for midprice and expensive homes, however, is frozen. Buyers are looking for bargains, but sellers are still focusing on the housing values of a few years back and refusing to sell at prices buyers are willing to pay. Look at California, the largest market in the U.S., with 10% of the nation's homes. A year ago, at the rate houses were selling, it would have taken nine to 11 months to sell all the houses on the state's market. Today, California's inventory of unsold homes priced at less than $300,000 is a mere two months, but the backlog among homes listed at $1 million and up is 18 months.

Wealthy homeowners can continue to make mortgage payments longer than poor ones can, but the weak economy and falling home prices at the high end of the market are clearly starting to take their toll. While foreclosures of lower-priced homes are declining, they're rising rapidly among homes in the higher ranges.

That the number of actual foreclosures is only near 2008 levels is due to the dramatic increase in government-imposed mortgage modifications, which are artificially propping up the market and not allowing prices to reflect actual demand. Says Mark Hanson, of the Field Check Group, a real estate advisory firm: "The current modification policies of 'pretend and extend' only kick the can down the road and ensure that the housing market remains a dead asset class for years to come."

The implications for investors? Despite our concerns, we are not predicting economic Armageddon, thanks mainly to massive government intervention. But we're not out of the woods yet. We experienced the largest asset bubble in history, and it will simply take time to unwind it. Warren Buffett put it best when he said, "You can't produce a baby in one month by getting nine women pregnant." Thus, we see tepid growth and high unemployment for a number of years. Of course, we hope we're wrong, but this is the big-picture analysis we're employing as we evaluate individual stocks.

We've been using the market rally as an opportunity to trim our more-aggressive positions, such as Borders Group (BGP), Huntsman (HUN) and Resource America (REXI), all of which have risen dramatically from their distressed lows earlier this year. At the same time, we've added some large-capitalization, cash-rich companies, such as eBay (EBAY), Microsoft (MSFT), Pfizer (PFE) and Yahoo (YHOO), which we believe will hold up well in a weak economy.

Our least-favorite sectors are those that will suffer directly if the housing market turns down later this year, as we expect. Among those are homebuilders, bond insurers and regional banks. Despite the stock market's "clear skies ahead" message lately, we see plenty of storm clouds on the horizon for those industries. 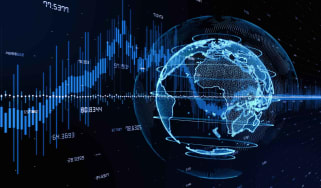 HFQTX's investments in dividend payers have helped it hold up better than its foreign-value peers.
Keep Politics Out of Your Investing Decisions!

Investors are rightly focused on the upcoming election and trying to figure out how to position themselves. But how should our political leanings impa…
The Best and Worst Presidents (According to the Stock Market)

Which American presidents oversaw the best stock market performances? Just for grins, let's see what a 'stock market Mount Rushmore' might look like.
Is That Hot Investment Worth the Risk?

High returns are great, but they come with some nasty baggage: high risk. The key is determining whether the reward justifies the risk.