A Pipeline to Energy Profits

Partnerships that transport and store oil and gas are big moneymakers no matter which way crude prices are headed.

Energy stocks are looking pretty attractive if you believe that oil prices -- down from $145 per barrel in July to $41 lately -- will soon take off on a new and extended upturn. The 32% run-up in oil prices between December 23 and January 9 may be an indication that oil's slump is over. (Then again, maybe it's not.) Fortunately, you don't need to know which direction oil prices are headed to make money now from one of the best buys in the sector: partnerships that invest in pipelines and storage facilities for oil and gas.

Shares of these partnerships are offering rich current yields -- 8% to 10% for our favorites -- and the most stable of these firms are unlikely to cut their payouts. That's because the profits of many pipeline operators aren't tied to the prices of oil and gas. Instead, operators make their money by charging set fees for transporting energy products from one place to another and then storing them. Many have local or regional monopolies and stable cash flows from long-term contracts.

The rates that pipeline operators charge their customers are federally regulated and include generous inflation adjustments. So-called take-or-pay contracts, which require payment whether or not the pipeline capacity is used, are not uncommon. "It's a great business model, and almost every stock is selling at half price," says Morningstar analyst Jason Stevens.

For years, pipeline shares yielded an average of 2.2 percentage points more than a ten-year Treasury note (2.4% as of January 9). That would equate to a 4.6% average yield if this were a normal market. But declines in pipeline stocks have inflated yields (which move in the opposite direction of prices) to surprising levels: 9.4% for Enterprise Products Partners, 8.3% for Magellan Midstream Partners and 8.1% for Kinder Morgan Energy Partners, to name just a few of the top operators.

Investors should expect to see steadily growing payouts as well as rising share prices. The total return for energy master limited partnerships, including payouts and share-price increases, averaged 16% annually over the past decade until the stocks came crashing down last summer. The Alerian MLP Select Index, which tracks 50 energy partnerships, fell by half from its crest last summer before staging a small comeback. As of January 9, it was still 33% below its peak.

The credit factor. Why did these partnerships fall so hard? Frozen credit markets are partly to blame. Because the partnerships pay out most of their profits to shareholders, they must buy and build new pipelines and other facilities to grow. That requires heavy borrowing, and right now banks are reluctant to lend.

Pipeline companies are stymied temporarily, says Gary Bradshaw, manager of Hodges Small Cap fund. "But this problem will pass, and they'll be able to keep growing." In fact, the strongest pipeline companies have continued to raise more money. Kinder Morgan and Energy Transfer Partners each sold hundreds of millions of dollars' worth of bonds in late 2008, and others can tap existing lines of credit if they need to.

Many analysts also blame the collapse in MLP prices on hedge funds, which piled into pipeline shares during good times and then dumped them at fire-sale prices last year when the markets tanked. Other deep-pocketed buyers, such as mutual funds, insurance companies and endowments, have not swooped in because the peculiar tax status of MLPs makes them a headache to own.

MLPs are a bit of a pain for individual investors, too. Much of the income they produce is tax-deferred until you sell the shares -- a nice perk. But the downside is that you must file additional federal tax forms, as well as tax returns in the states in which the pipelines operate. MLPs are best for investors who pay someone else to do their tax returns. Also, you shouldn't hold them in an IRA or other type of tax-deferred account because you could get hit with a tax on something known as unrelated business taxable income.

We also recommend avoiding energy partnerships that are in the business of exploring and drilling for new oil and gas wells, or selling coal, propane or other energy products. Although some of them yield 25% or more, you're better off with pipeline operators that have limited or no exposure to energy prices. Their payouts are more likely to stay intact. In addition, we like those that have a long track record of rising payouts, lots of new projects in the works and little need for new borrowing in the short term. These five partnerships fit the profile:

Energy Transfer Partners (symbol ETP) runs 17,000 miles of pipelines that stretch from the West Coast to the Gulf of Mexico and handle about one-fifth of the nation's natural-gas consumption. The company also has a retail propane business that serves one million customers and accounts for about 15% of its operating income. In December, the Dallas firm demonstrated its financial strength by selling $600 million worth of bonds to fund future projects.

Enterprise Products Partners (EPD) operates 35,000 miles of pipelines that carry natural gas, natural-gas liquids and crude oil from U.S. and Canadian fields to the Gulf of Mexico. Headquartered in Houston, the firm has raised its distribution 17 consecutive quarters. Prospects for continued payout increases are good, thanks to $4 billion worth of new pipeline projects that were completed between 2007 and early this year.

Kinder Morgan Energy Partners (KMP) is one of the biggest transporters of natural gas in Texas, the Rockies and the Midwest. Based in Houston, Kinder Morgan is also the biggest North American supplier of carbon dioxide, a key agent for boosting production in aging oil fields. Kinder Morgan's successful $500-million bond issue in December, plus the $370 million it raised from issuing new shares and other transactions, gives it a formidable war chest for pursuing acquisitions and new projects.

Magellan Midstream Partners (MMP) operates almost 10,000 miles of pipelines that carry petroleum and ammonia through the country's midsection. The Tulsa-based firm also runs 80 marine and inland-storage terminals, and it is talking to another pipeline firm about building an ethanol pipeline from the Midwest to the East Coast.

Plains All American Pipeline (PAA) moves three million barrels per day of crude oil, refined products and natural-gas liquids through a pipeline system that runs through 40 states and five Canadian provinces. The Houston firm gets about 70% of its revenues from fee-based contracts and has raised its distribution for 18 consecutive quarters.

Spreading your bets over a number of pipeline partnerships is always a good idea. We recommend buying a selection of the companies named above. You could also buy a closed-end mutual fund that invests broadly in energy MLPs and other energy income securities. Unlike regular mutual funds, closed-end funds issue a limited number of shares, which trade just like stocks. They also use borrowed money to juice returns, which makes their prices more volatile than those of ordinary mutual funds.

Unfortunately, shares of most of the closed-end funds specializing in this area are currently trading for substantially more than the value of their underlying assets. Two closed-ends that are trading near the value of their assets are Tortoise Energy Capital (TYY) and Energy Income and Growth (FEN). At a price of $14 on January 9, Tortoise yielded 11.8% and traded at par with its net asset value. Energy Income, which at a share price of $16 traded at a 4% premium to the value of its assets, yielded 10.3%. Owning MLPs through a closed-end fund means you won't have to file those pesky partnership-related tax forms.

An exchange-traded note, BearLinx Alerian MLP Select Index (BSR), also tracks the sector. But ETNs have some bondlike qualities and could lose value if their backer (in this case, JPMorgan Chase) runs into trouble, so we would avoid the BearLinx note. 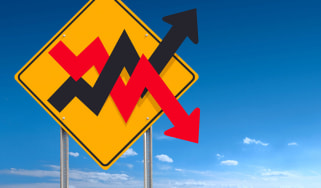 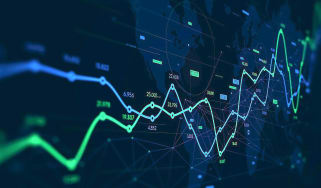