In 40+ years of patient investing, I haven't been disappointed yet. 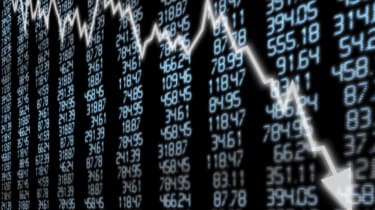 Every few years, global markets are gripped with panic, and stock prices plunge. These panics seem to repeat themselves in waves. For a long-term investor—not a trader—these panics present excellent buying opportunities…a chance to acquire quality assets at a lower price than they were recently selling for. Will it be the lowest price, or will prices keep falling for a while? No one knows, but to the true investor, that doesn’t matter much.

Reprinted below is a column I wrote during the grim bear market of 2008-09, during the Great Recession, urging investors to have the courage to buy when others were selling—provided they can hold what they buy for at least five years.

Three years later, in August 2011, I looked in on how my advice was working out. The Dow had rebounded strongly from the bear market, and by the end of 2013—my five-year time horizon back in 2008—it would close at 16,577, for an 89% gain from its level when I wrote the original column.

Today, in the tumultuous world of 2015, I still don’t know what the near-term future holds. I don’t know how much farther stocks might fall this time…whether this is just a 10%+ correction in a long bull market, or the start of the new bear market. But my long-term faith in human ingenuity remains strong.

My 2008 exhortation to buy stocks was written in a week of far greater anxiety for global markets than what we are experiencing today. Panic had gripped the markets, and quality equities were being dumped willy-nilly. Major indexes had fallen a stunning 7% the day before, and they were down 40% over their year-earlier levels, to prices not seen since five years before. With the Dow Jones industrial average down into the mid-8000s—from a peak of 14,200 in the fall of 2007—I couldn’t resist heavying-up on what I viewed as great long-term bargains.

As noted below, I didn’t know when a bottom would be reached, and as it turns out, the total-market index fund shares I bought that week continued to drift down in value for another six months, until the Dow bottomed out in the spring of 2009 at about 6,550.

But I kept adding to my holdings in a systematic way, averaging down my cost basis as the market fell. I was rewarded for my patience over the ensuing three years of strong gains in U.S. equities.

I have no better idea today, in 2011, of what the future holds than I did then, but I suspect—as I did three years ago—that quality U.S. companies (especially dividend-paying blue chips with strong global sales) will outperform most other assets over the coming several years.

That’s why, in this new period of anxiety, I continue to buy stocks—especially when others are shunning them.

No, I'm not a Pollyanna. I know that the seizing up of global credit markets is a crisis of enormous magnitude. And I'm troubled that panicked investors are not willing to wait and see whether the numerous medicines being prescribed will work to lubricate these markets.

And I don't have a crystal ball. I have no idea how much further the stock market might plunge.

And my wealth bears no resemblance to that of Warren Buffett, who is also doing some bottom fishing these days. I'd love to get the sweetheart deal that Buffett got from General Electric—a 10% dividend on preferred stock and the right to buy its common shares at today's price ... over the next five years.

That's the kind of bargain you can drive if you've got $3 billion to invest. I've got some cash to invest, too, but my war chest has six digits, not 11. I'll just take the same deal as everyone else—today's prices on the public exchanges.

So why am I buying stocks that others are dumping in a frenzy, and what am I buying?

The second answer first: I'm buying the entire universe of publicly traded companies in America. Sure, I could be cautious and select just some great American companies that sell basic consumer goods to the world—firms such as Procter & Gamble and Johnson & Johnson. That would make sense, because the world is not going to stop buying shampoo and toothpaste and diapers and medicines.

But instead, I'm buying every publicly traded company in America, through a "total market" index fund. (All the biggest fund companies operate such mutual funds.) This fund gives me a sliver of companies large and small, in every sector of U.S. business—consumer staples, heavy manufacturing, energy, health care, agriculture and, yes, financial services, the most shunned sector of all. It's the more than 6,300 stocks in the Dow Jones Wilshire 5000 index. I'm not sure which of these sectors will fare better than others, so I'm hedging my bets by buying all of them.

How about the timing of my buying, in this moment of deep fear? Well, anytime I can buy the heart of the U.S. economy for 40% less than a year ago, I'm interested.

Last year about this time, I expressed in my writings great skepticism about the Dow setting new records week after week, before topping out at nearly 14,200. At the Kiplinger organization, we were forecasting a softening U.S. and global economy, with corporate earnings declining in lockstep. I cautioned our readers against pouring new money into that hot market. There will be better buying opportunities ahead, I said.

For my part, I was doing some judicious selling on the way up, starting in May 2007, with the Dow at about 13,500. I lightened my positions in sectors in which I had very strong gains since the last bear-market bottom in 2002. I didn't sell everything, however, and everything I owned then is lower today. I was simply building up cash reserves so that I would be able to buy in the next market swoon, whenever that came. I've been sitting on a slug of cash for the 12 months since then, as the markets drifted downward.

Yesterday, as the major indexes plunged another 7% to lows not seen in more than five years, I decided the panic had gotten way out of hand. I went online to my brokerage account and moved a chunk of cash from my money-market fund into a total-market index fund.And if the market continues to plunge in the coming days, I'll move more cash into it. It's called averaging down—reducing the average cost per share, which magnifies the upside gain when markets recover.

And in my 401(k) at the office, I continue to max out my payroll deduction, contributing over $1,000 a month to my normal mix of stocks and bonds, both U.S. and foreign. The tax deferral within a 401(k) and IRA is a great gift to investors, and it would be foolish to stop funding yours, or to simply sock the money in money-market funds.

I'm not looking for a quick gain, and I don't expect one. I don't need this money in the next five years or so, which should be the minimum horizon for a true investor, rather than a speculator.

This global slump is going to take a while to unfold, play out and finally end. But I believe that a few years from now, we'll look back on this period as one of the great buying opportunities of a lifetime—like Dow 777 in the dark days of mid-1982, when a Newsweek cover story speculated on whether another Great Depression was at hand.

The fear then was understandable, because U.S. unemployment rose to almost 11% that fall, before the economy and markets began to recover. Other great buying opportunities? How about the days immediately after the crash of October 1987. I did a lot of buying then too, which I've never regretted.

The hardest thing for most investors to do is to go against the crowd, to keep a cool head when other investors are losing theirs. It's called buying low and selling high. Sometimes I buy low and then the asset keeps going lower. But although that does happen, rarely have I regretted buying on the way down.

Perhaps a few years from now, I'll regret acting on the confidence that I still have in the resilience and ingenuity of the U.S. economy --indeed, the global economy. But in 40 years of patient investing, I haven't been disappointed yet.