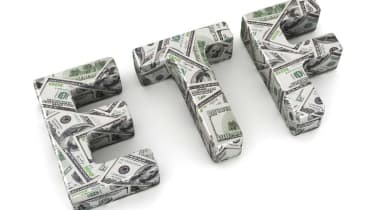 Exchange-traded funds that feature high-flying growth stocks can fire up your portfolio. But ETFs with a value tilt can be a solid bet, too. These funds hold stocks that are cheap based on such measures as price-earnings ratios. Value stocks also tend to offer above-average dividend yields.

Historically, a strategy of focusing on the market’s cheaper stocks has resulted in above-average returns. But since the bull market began in 2009, growth stocks, fueled by big tech companies such as Facebook and Alphabet, have led the way most of the time. Although some tech darlings have faltered lately, growth may still trump value, especially if the economy weakens. That’s because big chunks of the value universe, such as energy and financial stocks, are closely tied to the overall health of the economy. “I would stick with growth if you think the economy is slowing,” says Doug Ramsey, chief investment officer of the Leuthold Group, a research firm.

Some fund managers now see parts of the value world as too cheap to pass up. Energy and financials are so inexpensive they should serve up solid gains from here, says Conor Muldoon, comanager of the Causeway Global Value Fund. Energy stocks are likely to bounce back as oil prices continue to recover, he says. And large global banks trade at deeply depressed levels, despite having healthy balance sheets and much stronger capital positions than before the financial crisis.

If you want a traditional ETF that weights stocks by market value, go for Vanguard Value ETF (symbol VTV). Annual fees are a razor-thin 0.09%.

A fund we like a bit more is PowerShares Dynamic Large Cap Value ETF (PWV), which we’re adding to the Kip ETF 20. Yielding 2.5%, the ETF tracks an enhanced index of undervalued stocks. Stocks in the ETF rank strongly on measures such as earnings momentum, balance-sheet strength and a history of raising dividends. The highest-scoring stocks get the most weight. The result is a collection of 50 stocks that looks somewhat different from the fund’s bogey, the Russell 1000 Value index. The ETF’s top 10 holdings include Chevron, Oracle and Gilead Sciences, none of which crack the Russell index’s top 10. PowerShares rejiggers the holdings every three months to reflect changes in scores.

Although the ETF’s stock-picking methodology is a bit of a black box, it has paid off so far. The fund returned an annualized 8.0% over the past decade through April 29, beating the Russell 1000 Value index by an average of 2.3 percentage points a year. One downside: Annual fees are a relatively steep 0.57%.

To make room for the PowerShares ETF, we’re removing Vanguard FTSE Developed Markets ETF (VEA). We still think the fund is a solid choice, but you can get similar exposure to foreign stocks with Vanguard Total International Stock.