If your modified adjusted gross income in 2015 was above a certain amount, you'll face a high-income surcharge on your premium.

Question: I have my Medicare Part B premiums paid automatically from my Social Security benefits, and until now I have been protected by the provision that keeps premium increases at the same level as the previous year’s cost-of-living increase. As a result, my monthly premiums were just $104.90 in 2016, the same as in 2015. But I recently received a notice from Medicare that my monthly premiums will jump to $187.50 in 2017. Why do I have to pay that much more? Is there anything I can do to modify the premium increase?Answer:

The modified adjusted gross income Medicare uses to determine your premiums is your AGI plus tax-exempt interest income. Even if you haven’t earned more from working, your modified AGI can increase under certain circumstances. Among them: You had taxable income from a pension or withdrawals from tax-deferred retirement savings, such as traditional IRAs and 401(k)s (but not Roths); you converted a traditional IRA to a Roth; you had taxable income from investments, including municipal bond interest.

Medicare generally bases 2017 premiums on 2015 income because that is the last tax return on file. If your income has decreased since then because of certain life-changing events, such as marriage, divorce, death of a spouse or retirement, you can ask the government to base your premiums on more-recent income. You’ll need to file Form SSA-44 with the Social Security Administration to provide documentation of the life-changing event, such as a letter from your former employer stating that you’re now retired. For more information, see Medicare Premiums: Rules for Higher-Income Beneficiaries.

If you didn’t experience a life-changing event but your income was unusually high because of a one-time income boost -- such as a big taxable withdrawal from a traditional IRA -- then your premiums should go down for 2018 if your 2016 income falls below the limits for the surcharge.

The pandemic has caused millions of people to lose their jobs — and their health coverage. Here’s a guide to finding affordable insurance.
Medicare Now Covers Telehealth, Thanks to This Pandemic 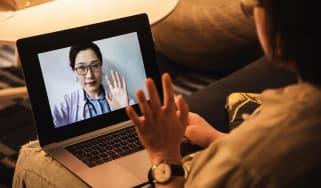 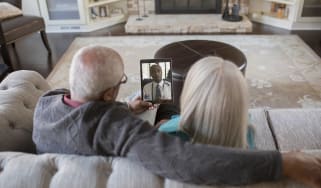 The coronavirus has elevated the benefits and potential savings of telehealth like nothing before.
Skip to ContentSkip to Footer