You still have time to get a better deal on your individual health insurance. 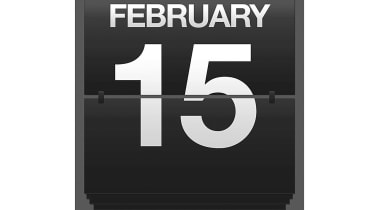 I was automatically reenrolled in the health insurance policy I bought on my state marketplace in 2014, but I think I might be better off with a different policy. Is it too late to change?

You have until February 15, 2015, to pick an individual health insurance policy for 2015—whether you buy the coverage on your state exchange (marketplace), directly from the insurer or through an agent. You can switch to another policy even if you've already paid your first premium and started to use your current policy, although that isn't always a good idea.

If you sign up for the new policy between January 15 and February 15, the coverage will take effect on March 1. "To avoid any gaps in coverage, we recommend that consumers not cancel any current health insurance plan they have until they have selected a new plan and have an effective date for their new coverage," says Will Shanley, of United Healthcare.

It's a good idea to check your options for 2015, even if you've been happy with your current policy. Many state exchanges have more choices than they had in 2014. In Missouri, for example, the number of insurers selling on the state exchange rose from three in 2014 to eight in 2015. New Hampshire had one insurer on the exchange in 2014 but has five in 2015. Ohio and Pennsylvania are also seeing big increases. United Healthcare, which sold on four state exchanges in 2014, is selling on 23 exchanges in 2015. And if your health or medications have changed, it's definitely worthwhile to reassess your options, even if the plans haven't changed very much.

A study by Healthcare.com found that 70% of the time when plans increased premiums for 2105, consumers could choose at least one other plan with a lower premium and an equivalent or lower deductible and out-of-pocket maximum. And those consumers had an average of 4.8 lower-cost alternative plans to choose from. The lower-premium policy isn't always going to be less expensive overall—it's important to compare your premiums plus the out-of-pocket costs for the type of health care and medications you tend to use and to make sure your providers are covered in the network. See 6 Ways to Make the Most of Obamacare Open Enrollment for 2015 for more information about picking a policy.

Be careful about switching if you've already started to use your policy, says Jeff Smedsrud, CEO of Healthcare.com. If you switch to another policy, you may save some money in premiums, but your deductible will start over with the new policy, he says. But if you haven't had many medical expenses in 2015 so far and usually don't get close to your deductible, you may come out ahead by switching to a policy with lower premiums.

After open enrollment ends on February 15, you can switch to a different individual health insurance policy only if you qualify for a special enrollment period. You'll qualify, for example, if you lose employer coverage, lose coverage as a dependent, get married or move out of your current plan's service area. See Getting 2015 Coverage With a Special Enrollment Period at Healthcare.gov for more information.