Cover yourself and your passengers in case other drivers disobey state insurance laws. 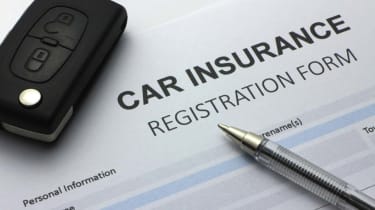 Despite laws requiring auto insurance in practically every state, a lot of people are driving without any — or without enough — liability insurance.

The uninsured/underinsured motorist section of your policy protects you if you or family members who live with you are hurt by one of those drivers while you're in your car, walking or, in some policies, bicycling. Your guests also qualify if they are hurt while in your car.

This coverage also applies when you are struck and injured by a hit-and-run driver and, in some cases, by a driver insured by a company that becomes insolvent.

For this coverage to kick in, the other driver has to be declared at fault. In most states, when blame is in doubt or the amount payable is contested, you and your insurer have to submit your differences to arbitration.

This kind of insurance usually covers only costs arising from bodily injuries. In states in which property damages are included, claims may be reduced by a deductible.

Generally, companies are obligated to pay claims up to the minimum amount fixed by your state for liability insurance. But often you can purchase higher limits for an additional premium.

Most states require insurance companies to offer uninsured or underinsured coverage; some companies combine them. If your company offers them separately, buy both.