Preparing Your Finances for Deployment

If you’re deployed to a combat zone, the military offers financial incentives and protections.

My son is in the Army and is going to be deployed to Afghanistan in a few weeks. What does he need to do to prepare his finances for deployment?

Your son will automatically receive some extra combat pay, and most of his income will be tax-free while he’s deployed in a combat zone. (He should check his leave and earnings statement, however, to make sure that it has been reported accurately and that the tax-free pay stops when his deployment ends so that he doesn’t have to pay back the extra money later.) But there are two key financial moves he can make himself to take advantage of special opportunities while he’s deployed.

First, he can boost his Thrift Savings Plan contributions above the regular $17,500 annual limit while receiving tax-free income in a combat zone -- up to a total of $51,000 in 2013. That can be a lot of money to set aside in one year, but many people discover that they can afford to increase their contributions because their take-home pay rises while they’re deployed and they generally have fewer regular expenses. For more information, see the Summary of the Thrift Savings Plan at TSP.gov.

Also, when your son is deployed, he can contribute up to $10,000 to the military’s Savings Deposit Program, which guarantees 10% annual interest while he’s deployed and for up to three months after he returns. It’s a good idea to ask the benefits office about requirements for setting up the account during the pre-deployment meetings. You can’t actually sign up until you’re gone, and the logistics can be tricky. One tip: Take a check with you to deposit while deployed. See the Department of Defense’s Savings Deposit Program page for more information.

Your son needs to make arrangements to pay his bills while he’s gone. Some people sign up for online bill payments with their bank and have as many bills as possible paid automatically.

Finally, when he meets with the legal affairs office before he’s deployed, your son will be able to designate a power of attorney to handle his financial affairs (usually a spouse, parent or other trusted person) and to name heirs in his will. He will also be eligible for special legal protections while deployed, such as the ability to get out of a car or apartment lease.

For more information about how to prepare your finances, see the deployment chapter in our Kiplinger’s Financial Field Manual: The Personal Finance Guide for Military Families. 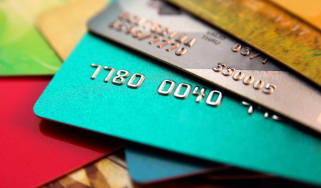