Solutions to energy and safety concerns will be in hot demand.

With environmental and safety fears rising, energy firms will invest billions of dollars in equipment and new methods to pump more oil and natural gas from the ground through a process known as hydraulic fracturing, or fracking. The spending will focus on ways to extract oil and gas in a more environmentally friendly way as well as on transporting oil and gas to markets more safely.

Scores of suppliers are poised to cash in. Among products and services in big demand:

Anything that saves water, a key resource used to crack apart shale and other tight rock formations. Fracking requires millions of gallons of water to drill a typical well. In arid regions, such as southern Texas, drillers compete with farmers and ranchers for scarce water, which often has to be trucked to drilling sites at considerable cost.

Already a hit in Texas: A way to tap salty groundwater, which isn’t suitable for drinking or irrigation. Deb Hastings, vice president of environmental affairs for the Texas Oil and Gas Association, sees a big market for advanced membrane and filtration systems that turn the brackish water into a usable drilling fluid, benefiting suppliers such as Koch Membrane Systems.

Hastings also expects more use of gel-based fracking solutions, which require less water. A Canadian firm, Gasfrac, is seeing rising interest in its propane-based fracking gel that lets drillers recapture the fluid and reuse it in subsequent wells.

Note, too, the fracking industry’s focus on guar. What’s guar, you ask? It’s an obscure legume, or bean, grown mostly in India and Pakistan and used as a thickening agent in food products.

Klint Forbes, founder of West Texas Guar Inc. and one of the few U.S. growers of guar, says 40% of the demand for his crop comes from makers of fracking fluids that use the plant to thicken their products so the sand suspended in the mixture opens more cracks in underground rock layers — with less water needed per well. Guar is also nontoxic and therefore not a threat to the environment. “It’s the same thing as your salad dressing,” which has guar as an ingredient, Forbes says.

Technology for curbing toxic emissions, which can pollute the air and create health hazards. New regulations requiring drillers to install equipment — known in the industry as “green completion” gear — to capture toxic gases that can be released during fracking spell strong sales for many vendors of such gear. Among firms sure to profit are Halliburton and Schlumberger, says Brydon Ross, director of energy and environmental policy at the Council of State Governments.

Regulators are also cracking down on toxic gas emissions from pipelines, storage tanks, valves and other equipment that surrounds drilling sites, a move that will drum up plenty of business for makers of sensors that can electronically monitor such releases. Li-Cor Biosciences and Physical Sciences Inc., for example, both make methane detection equipment that figures to be in demand from companies drilling wells or transporting oil and gas.

Safer transportation methods. Recent fires involving railcars carrying oil from fracking sites in North Dakota and elsewhere are shining a spotlight on the need to find safer ways to ship fracked oil, which can be more volatile than conventional crude.

Ed Hamberger, president of the Association of American Railroads, says his group has called for an “aggressive phaseout” of thousands of older tank cars to make way for new models that are less likely to rupture and explode. Tanker-car maker Greenbrier Companies is designing what it calls the “tanker car of the future,” with a thicker steel body and valves to safely release pressure in emergencies. The firm expects energy and transportation companies to invest in up to 60,000 new tanker cars in coming years, and plans to be ready to meet that flood of orders.

Pipelines are even more important to moving oil and gas from producing fields to markets. And just as with railroads, some recent accidents are spurring companies to invest more in safety technology. Cathy Landry, director of communications for the Interstate Natural Gas Association of America, a trade group, expects a big build-out of new pipelines to be accompanied by major investment in “smart pigs,” the high-tech robots that travel through pipelines searching for cracks or other signs of impending failure.

Manufacturers such as GE Energy are working up the next generation of “smart pigs” as pipeline operators scramble to reduce accidents on the growing network of lines.

Is the run in work-from-home stocks over? The pros don't think so. These 17 "WFH" stocks appear poised to continue climbing on the longer-term remote-…
Kiplinger's Weekly Earnings Calendar

Check out the major earnings releases scheduled for the upcoming week, as well as our previews of the more noteworthy reports.
Closing Bell 6/23/20: Tech Stocks Keep Raising the Ceiling 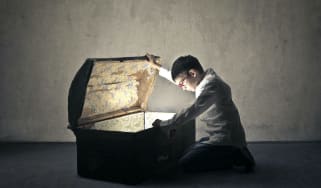 Whether you're looking for bigger returns or simply better diversification, here are 19 of the best stocks that likely aren't on your radar ... yet.
Skip to ContentSkip to Footer