Arthur Laffer is sticking to his guns about the hazards of over-taxing the economy. 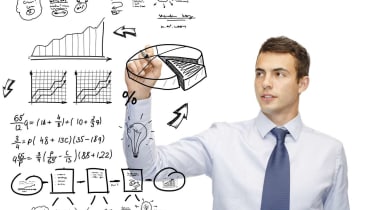 Arthur Laffer is best known as the economist who invented the Laffer Curve, a diagram that purports to show how an optimal tax rate can maximize revenues without discouraging people from working. In an unexpected role, he recently co-authored a picture book for children called Let’s Chat About Economics! I interviewed Laffer and his co-author, Michelle Balconi, about the book for my Money-Smart Kids column. 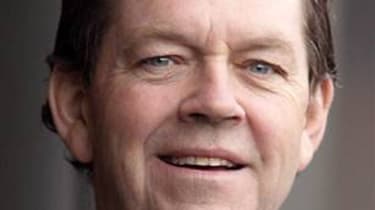 LAFFER: One lesson I’ve spent my life on is that when you tax something, you get less of it, and when you subsidize something, you get more of it. You know, we tax speeders to get them to stop speeding, and we tax cigarette smokers because we want them to stop smoking. And then we come along and tax people who work, and especially people who work very productively and make a lot of money. Do we do that to stop them from working and stop them from being productive? If you tax work, output and employment, and you subsidize non-work, leisure and unemployment, don’t be surprised if you get less work and a lot more leisure and unemployment. You can’t tax an economy into wealth.

What would you like policymakers to learn about economics? Same thing, or something different? Basically, policymakers should know where the limits of policy are, where government activities cease being better than private, and, vice versa, where private activities cease being better than government. Then you draw the lines and get the hell out of the way. You don’t want a private military, that’s for sure, and you don’t want public grocery stores. The law of diminishing returns is a perfect concept in this context.

So you think the Laffer Curve is still operational? It’s a basic principle of economics that’s always there. Sometimes we’re in a reasonable range of the Laffer Curve, and sometimes we’re not. In terms of what presidents Bush and Obama have done, we’ve gone outside the range and we’ve done a lot of damage to the economy because of government intervention. I think what presidents Reagan and Clinton did were exactly the right policies to create prosperity.

What do you think of the Fed’s zero-interest-rate policy? Forgive me, but I think it’s totally wrong. I mean, who wants to lend mortgage money at 3% to 3.5% for 30 years? The problem is that government people don’t understand that there’s both a supply curve and a demand curve. You can have interest rates that are too high and discourage borrowers, and interest rates that are too low and discourage lenders. There’s an interest rate right in the middle—the Goldilocks interest rate, if you will—where you get just the right amount of borrowers and lenders.

And we’re not there? The government is trying to set rates, which is the wrong thing to do, as opposed to letting the market set rates. That’s why we’ve had such a weak economic recovery. And they just keep on doing the same old policies. It’s really very sad, especially when you see kids in the inner city, teenagers who can’t get a job. After being unemployed for a while they become unemployable, and you’ve created a whole lost generation. We’re bearing the cost.

What made you decide to collaborate on a children’s book? For one thing, Michelle is the most energetic, enthusiastic, focused person you’ve ever seen. How could I say no? Also, I’ve been a professor all my life and a math person. What I try to do is take the math and bring it to life with things like the Laffer Curve or an example I use with Farmer A and Farmer B. In a world with only two people, Farmer A and Farmer B, if Farmer B gets unemployment benefits, who pays for them? Government doesn’t create resources, it redistributes resources. These aren’t the same examples you’d use with kids at the dinner table, but the idea is the same: Trade-offs are the key to economics. 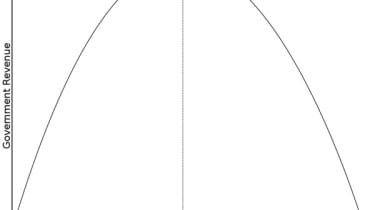