Our Greatest Economic Forecasts of the Last 90 Years

The Rest of the Story: The Kiplinger Letter warned its readers repeatedly in the late 1920s about excessive speculation in stocks.

Where is the economy and your business heading...up, down or sideways? Trying to figure this out has been the primary mission of The Kiplinger Letter since its launch on September 29,1923. For 90 years we have helped our readers in management look ahead — through the tangle of economic, political and technological trends — and figure out what’s coming next.

We don’t have a crystal ball, but we do have a staff of savvy journalists who pick the brains of the most knowledgeable experts we know. Here are some of our most notable forecasts over nine decades, which were often contrary to the prevailing sentiment.

Authorities who give direct consideration to the condition of credit and who keep an indirect eye on the stock market continue to speak freely in private conversations of the "dangerously high position of the stock market."

The Rest of the Story: The Kiplinger Letter warned its readers repeatedly in the late 1920s about excessive speculation in stocks. In September and October of 1929, the market crashed, sending the Dow down 48%. Stocks bottomed in 1932, almost 90% lower.

Experimental economic legislation will be forced by bloc and sectional interests, modifying Roosevelt's party program in many ways.

Prohibition will be amended.

The Rest of the Story: After Franklin D. Roosevelt's inauguration in March of 1933, the startling policy change described in The Letter — then being crafted in secret by Roosevelt's "Brain Trust" — came rushing out in the first 100 days of the New Deal.

Peacetime will bring several years of great business activity, starting after the temporary letdown...don't know just how many years.

The industries now starved by war will rush to catch up.

House building and home furnishings & equipment will go strong to take care of deferred marriages and the un-doubling-up of families.

New products, new processes, new industries will come out of war, or out of the stimulation which war has given to technology.

Synthetic rubber is here to stay.

Synthetic "silk" will replace most of the former natural silk.

Thousands of new things are coming...not published during war. When you put all the facts together...these facts and others... you can see that this war is likely to lead to a better future world... IF we work and think and fight to make it so.

The Rest of the Story: Bucking a common belief that the U.S. would fall back into depression when World War II spending ended, Kiplinger accurately predicted that — after a brief slump from demilitarization — the U.S. economy would boom, driven by pent-up demand for consumer goods. The expansion ended up lasting a decade, until a recession in 1957-1958.

The Rise of Automation

Automatic machinery is zooming...machines that run themselves... operated by a few engineers and mechanics...replacing a lot of workers. The trend is old, but the rapid growth is new...especially in the past year. Progress in the future is assured...at the zooming rate of the present.

There's a new word for it..."automation." It means automatics... automatic control of single machines or whole production lines of them.

It's a new phase of the industrial revolution...a rushing phase. No telling how far it will go. We shall be writing you more about it.

The Rest of the Story: Kiplinger frequently wrote in the 1950s about the coming surge in automation — the rise of IBM, NCR, Honeywell and other computer companies, plus factory automation in steel, textiles, autos and other industries. It displaced less-skilled workers, but laid the foundation for high economic growth in the 1960s.

A Coming Decade of High Inflation

We are entering a long period of inflation.

In 10 years, inflation of nearly 25%, when compounded yearly... up to a quarter of the purchasing power of the dollar blown into smoke.

Why so? Mainly because of gov't policies...big budget deficits, red ink year after year, even in boom times. Also, a general tendency to keep credit as easy as possible and avoid strict tightness of money.

The Rest of the Story: This warning of a coming decade of high inflation, while timely, severely underestimated the price surge of the 1970s. It was driven by both the government deficits cited here — "guns&butter" spending during the Great Society and Vietnam War — but even more by soaring oil prices after the Arab oil embargo of 1973. Inflation hit 12% in 1975 and 13% in 1979, before receding to the single digits.

Turn to soaring imports. A new controversy is about to break, and it will eventually push the gov't into imposing stiffer barriers.

American capital & know-how are being used to make goods abroad for sale in our markets, sometimes priced below production costs here.

What's more, many gov't officials like the trend. Encourage it. For one thing, they say imports help in the battle against inflation, since people can buy them for less. For another, they see it as a way to bolster the economies and standards of living in other countries.

But the gov't is in for hot criticism...for pushing expansion of foreign investments too long. Especially in underdeveloped nations, where labor is cheapest. "It may help them, but it is hurting us."

This is sure: More protection against imports IS forthcoming. Note that protectionists are more vocal and have more political clout than the free traders. Bit by bit, not fast, new controls and quotas.

And more restraints on foreign investment...maybe even these.

The Rest of the Story: Surging imports in the early '70s turned decades of U.S. trade surpluses into continual deficits after 1975, leading to new U.S. barriers to foreign autos, textiles, steel and other products. And U.S. manufacturers moved more and more capacity to less-developed nations, to lower their production costs and send the cheap products back to America.

The sudden eruption of prices Tuesday caught everyone napping. But before getting too het up about it, see how low prices still are, even after that speculator run-up. Dow Jones now, Friday, is...869. At the end of August 1967, fifteen YEARS ago, it was way up to...900.

Other prices nearly TRIPLED since then...Consumer Price Index. So if you adjusted Dow Jones to match the prices of 1967, squeezed out the intervening inflation, it would shrink down to approximately 300.

This suggests that stocks today are a bargain...in true value. Probably as low as they will be for the rest of this century.

The Rest of the Story: Through the long stagnation of stock prices in the 1970s and early '80s, Kiplinger urged its readers to keep investing in quality equities. From a low of Dow 777 near the end of the 1982 recession, the index tripled by the end of the decade and kept climbing through the 1990s.

A Resurgent Economy in the Global '90s

Historic transformation is taking place in the world economy... far-reaching productivity revolution with many facets, including these:

The spread of technology and production to once-backward nations.

Downsizing by giant corporations in all countries, not just U.S., to meet the competition of lower-cost, nimble, innovative small firms.

Soaring world trade despite the seductive song of protectionism...

But in the end, stronger economies for the well-prepared nations with educated and skilled work forces and pro-growth business climates.

The Rest of the Story: During the deep public pessimism of the 1991-'92 recession, Kiplinger forecast a resurgent U.S. economy in the "Global '90s," driven by corporate restructuring, productivity-enhancing technology and world trade. The following 10 years saw the longest and strongest boom of the postwar era.

The Internet Takes Over 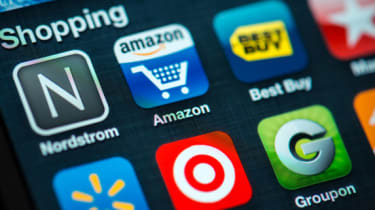 Watch the internet shake up a lot of traditional businesses.

Stockbrokers and travel agents are already feeling the heat. They've had to go beyond basic services just to hold on to customers.

Bankers, insurance agents and mortgage lenders are scrambling... going on-line themselves or at least preparing for on-line competition.

Electronic commerce will be a challenge and an opportunity... a way for nimble businesses of all type to incease their productivity, reach untapped markets, develop new products and services, boost profits.

There will be fewer middlemen...more direct selling via the net.

The Rest of the Story: The internet did more than "shake up a lot of traditional businesses." It proved to be one of the most transformative forces in world history — destroying businesses and creating new ones at break-neck pace, even helping to topple despotic government regimes.

Keep a cool head amid the current stock market craziness.

Most dot-coms have been bid up to WILDLY inflated levels, especially IPOs in already overcrowded consumer and retail fields.

Today's market in tech stocks is a dangerous speculative bubble, as foolish as any in history, including radio stock mania of the '20s. It will deflate as venture capital dries up for second-round financing.

Consider rebalancing your portfolio if you're heavy into techs, taking some gains and spreading them over the value-priced blue chips. Or hold more cash to take advantage of good buying opportunities ahead.

The Rest of the Story: On the day Kiplinger wrote this, the tech-heavy Nasdaq stock index peaked at 5048. When the tech bubble burst in the following months — dragging down blue-chip stocks as well — the Nasdaq kept falling to a low of 1140 in 2002. (It stands at around 3800 today.)

The Market Meltdown and Great Recession

In today's financial markets: There's a smell of the Wild West... a risk-be-damned rush to make one's fortune.

And leverage is the wagon train. The liberal use of debt is worrisome, leaving financial markets and the economy open to unpredictable but inevitable shocks...

The Rest of the Story: Within a few months of this Kiplinger warning, the Dow peaked over 14,000 and began a long slide to 6443 in March 2009. Housing and commercial real estate prices kept falling, and securitized U.S. mortgage debt — spread throughout the globe — became near-worthless. The collapse of Lehman Brothers in the fall of 2008 — and near collapse of AIG, Fannie Mae and Freddie Mac — brought panic to financial markets. The "risk-be-damned rush to make one's fortune" led to the worst global recession since the 1930s.