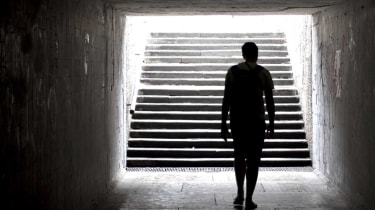 So long, 2014. Can’t say we’ll miss you. From the rise of the Islamic State to the Ebola outbreak, from the mysterious disappearance of Malaysia Airlines flight 370 to the hacking of Sony Pictures traced to North Korea, as well as the violent re-emergence of long-simmering racial and social tensions in Ferguson, Mo., New York City, Milwaukee, and around the country, it may seem sometimes as if nothing good can come from modern life anymore.

But with the future comes hope, and there are plenty of things going right as 2014 comes to a close and a new year begins. Here are 10 to ponder over a cup of eggnog at holiday time. A toast to 2015, and the future, based on forecasts and predictions from The Kiplinger Letter and Kiplinger’s Personal Finance. Happy holidays, everyone.

1. The U.S. economy, having found its footing in 2014, will gain momentum in 2015, even as Europe struggles to stay out of recession, Japan remains sluggish and growth in emerging economies slows. Kiplinger expects the economy to grow 3% or better in 2015. That’s the best annual growth rate since 2005, and up from expected growth of 2.2% in 2014. Worldwide, economic growth is expected to average 3.2% in 2015. (From Kiplinger's Personal Finance, January 2015)

2. As the economy improves, wages will tick up in coming months, with more midsize and small businesses saying they expect to boost pay for employees by 3% or greater. U.S. monthly job gains averaged 227,000 through the third quarter of 2014, and the economy will add jobs at about the same monthly rate in 2015, says global economic forecasting and analysis firm IHS. Unemployment could sink to 5.3% by the end of 2015. (From Kiplinger's Personal Finance, January 2015)

3. Bigger paychecks are just more good news for U.S. families. The average household debt-to-income ratio is the lowest since 2002. And falling food and gasoline prices are leaving more money in our pockets, cash that can boost consumer spending overall, which accounts for 68% of the U.S. economy—setting up a virtuous circle of growth. Businesses will do their part, increasing spending on plants and equipment by an average of about 7%, up from 5% in 2014. “We’re in a boomlet here in the U.S.,” says Bob Baur, chief global economist for Principal Global Investors.

4. Did we mention oil and gas prices? They’ll reverse their slide by spring as demand rises and some output is trimmed. Kiplinger expects oil to climb to $70-$75 per barrel by March, from $55 now. Firmer gasoline prices are also in the cards, with the national average for regular gasoline climbing to $2.75 per gallon, from $2.35 now. But a new era of lower prices and less dependence on petroleum imports looks like it is here to stay. Net imports will fall below 4 million barrels next year, about 20% of consumption. (From The Kiplinger Letter, Oct. 31, 2014)

5. We expect the bull market in stocks to continue strong next year. Yes, a correction is overdue. But investors up to the challenge will be rewarded in 2015. We expect broad U.S. stock market indexes to rise by high-single-digit percentages, but the advance will be more erratic than usual. That would put the Dow Jones industrial average near 19,000 and the Standard & Poor’s 500 stock index in the vicinity of 2,200 at their peaks, up some 9% from recent levels. Add in two percentage points of dividend yield, and U.S. stocks could deliver a total return of 11% or so over the next year. (From Kiplinger's Personal Finance, January 2015)

6. Cars that drive themselves are almost here. The Kiplinger Letter forecasts that safer, self-driving cars will be for sale in 2020, if not sooner. Prototypes have shown that the technology works, and major automakers are racing to commercialize it. And automakers are only getting started. Advances likely in just a few years: Laser headlights. Brighter than current lights, they’ll double as sensors to gauge following distances and spot obstacles ahead. Software with artificial intelligence, to control the car and anticipate other drivers’ decisions. New cameras capable of “seeing” lane dividers through snow or fog. (From The Kiplinger Letter, June 27, 2014)

7. Americans are improving their eating habits. Consumption of fresh foods, including fruits, vegetables, meats, eggs and other dairy products is on the rise, with fewer microwaveable, processed, ready-to-eat meals, according to a new study by the NPD Group. The national survey forecasts sales of fresh foods rising 6% from 2014 to 2018. (From The Kiplinger Agriculture Letter, May 30, 2014)

8. Big medical advances are on the horizon. The science of medicine is entering the realm of what once was the stuff of science fiction, fueled by breakthroughs in both technology and research. New drugs that use the immune system to hit cancers of the bladder, lungs, stomach, and skin are coming from Merck, AstraZeneca, Bristol-Myers Squibb and Roche. For heart failure: LCZ696 from Norvatis is on a fast track for approval from the Food and Drug Administration. Also nearly ready to move into surgical suites: Body parts grown from human tissue. First skin, in just two years. Then tubular parts such as blood vessels and windpipes. In five years or so, bladders, stomachs and livers, a tremendous boon for patients waiting for transplants. (From The Kiplinger Letter, Nov. 14, 2014)

9. Predictive analysis is about to get easier, thanks to advances in crunching big data. Amid the growing concerns about Internet privacy, hacking and computer warfare, the reams of information gleaned from Web browsers, smartphones, traffic cameras and other sources are enabling businesses, doctors, law enforcement, utilities and meteorologists to better predict future probabilities and trends. The payoff: More-informed business decisions, improved lives, new jobs and welcome economic gains. Younger Americans, especially, accept big data as a way of life. (From The Kiplinger Letter, May 23, 2014)

10. Humans are poised to peer farther into the heavens than ever before. A new space-based telescope, named the Webb after a former NASA head, is in development with an eye toward a 2018 launch. It will be the successor to the Hubble Space Telescope launched in 1990, but with far greater powers. Among its missions: Seeking planets with the potential to support life. (From The Kiplinger Letter, Dec. 19, 2014)