Your employment prospects won't be rosy if you pursue one of these fields. 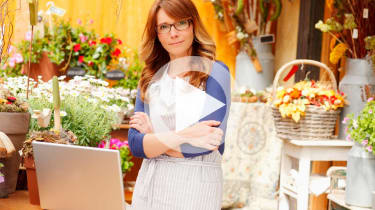 The U.S. job market is steadily improving, yet many Americans are struggling to get hired. One reason could be that they're just in the wrong line of work. We analyzed 784 occupations, looking at hiring demand, salaries, and how much education is needed. If you're in one of these three dying professions, you might want to think about a new career. So, we’ve also identified viable career alternatives for each.

Americans still love their flowers, but they're less willing than ever to pay someone to arrange them. They’re picking up fresh-cut flowers at the grocery store instead. The number of jobs for floral designers has fallen nearly 25% in the last 10 years, and will fall about another 10% in the next 10. If you have an eye for color and arrangement, try getting a job as an interior designer or a merchandise displayer.

Jobs for people who can run drill presses, sanders, planers and the like to shape wood have plummeted. And while we do expect a slight increase in demand for woodworking machine operators in the next decade, those positions will require more skill and training. Consider switching materials instead. If you can work tools like these, then there's a good chance you could land a position as a machinist making precision metal parts, ranging from simple bolts to titanium bone screws. Demand for machinists is expected to grow nearly 12% this decade, and the pay is better, too.

So, how'd you book your last trip? Orbitz, Travelocity or Kayak? It probably wasn't by calling a travel agent. This profession has been on a steep decline for a decade, and jobs will continue to disappear as consumers turn to the Internet for bookings, even for more complex travel. If you're a planner by nature, consider applying this skill to meetings, conventions and the like. There has been strong growth for event planners and their numbers are expected to keep growing by 30% over the next decade. You'll probably need more training and education -- usually a bachelor's degree.

See seven more of the worst jobs for your future -- plus alternative careers that hold much more promise for employment opportunities and pay.