How Lower Rates from Tax Reform Could Raise Your Tax Bill

If the Bush tax cuts expire as scheduled at year-end, the top federal income tax rate will automatically jump from 35% to 39.6% (or 43.4% if you count the 3.8% surtax on investment income of high earners).

If the Bush tax cuts expire as scheduled at year-end, the top federal income tax rate will automatically jump from 35% to 39.6% (or 43.4% if you count the 3.8% surtax on investment income of high earners).

But here's a man-bites-dog alert: It's likely that tax rates will go down -- that's right, down, not up -- when Congress tackles fundamental tax reform (perhaps as early as 2013).

The Simpson-Bowles tax reform proposal, for example, says the top rate could drop to 23% if lawmakers eliminate all "tax expenditures" (tax-geek talk for deductions, credits, and various and sundry other tax breaks). But lower rates can come at a cost beyond the loss of a cherished tax break. Read on to find out how: 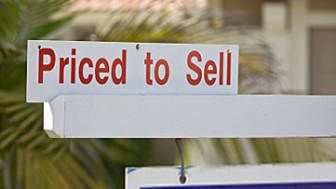 Of all the moving parts in the decision of whether to convert a traditional IRA to a Roth IRA, the most important may be how the tax rate at the time of the conversion (when you have to pay tax on the switch) compares with the rate when you withdraw tax-free dollars in retirement.

The conventional wisdom -- that sooner or later tax rates must rise to deal with the $15.7 trillion federal debt -- has convinced many taxpayers to convert at today's supposedly lower rates. They would rather pay less now than more later. But if you pay 35% to convert and wind up in a 25% bracket in retirement thanks to tax reform, a conversion could be a serious financial faux pas.

Increasing the Real Cost of Buying a Home 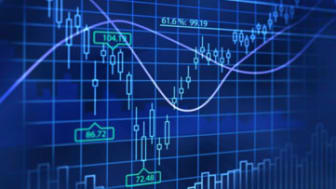 Homeowners will save nearly $100 billion this year by writing off what they pay in home mortgage interest and property taxes.

These tax breaks might be squeezed by tax reform, but even if they survive, lower rates will have an impact. If you write off $20,000 of interest and property taxes in the 35% bracket, Uncle Sam effectively pays $7,000 of your housing costs. Drop to the 25% bracket, and the savings fall to $5,000 ... upping your real out-of-pocket cost by $416 a month.

Undercutting the Value of Tax-Free Bonds

At today's historical low level for interest rates, higher-income taxpayers can often do better with tax-free municipals than taxable bonds.

Reducing the Subsidy of Charitable Impulses

Taxpayers who itemize know they can count on Uncle Sam to kick in to cover part of the cost of their generosity.

Deducting charitable contributions in the 35% bracket means a good-deed-doer basically gets back 35 cents for every dollar given away. The subsidy drops to 25 cents on the dollar if the top rate falls to 25%. Congress estimates that the charitable contribution deduction will save individual taxpayers more than $31 billion this year. Even if the break survives tax reform unscathed, lower rates will increase the real cost of your contributions.

Undermining the Value of Saving Pre-Tax Money for Retirement

Congress estimates that investors who contribute to traditional IRAs this year will knock $8.2 billion off their tax bills. For someone in the 25% bracket, a $5,000 deductible contribution really costs just $3,750, after factoring in the value of the tax break. But if that rate falls to 15%, the real cost rises to $4,250.

Lower rates would have a similar effect on contributions to 401(k)s and other pretax retirement-savings plans. For someone in the 33% bracket, a $1,000 monthly contribution reduces take-home pay by just $670. Drop into the 23% bracket and that out-of-pocket hit rises to $770.

Squeezing the Subsidy of State Taxes

If you're looking for a silver lining for living in a high-tax state, at least Uncle Sam is willing to help you carry that burden.

Taxpayers will save $31.4 billion in federal income taxes this year by writing off state and local income, sales and personal-property taxes. The higher your tax rate, the more help you get. Writing off a $10,000 state income tax bill in the 33% bracket saves you $3,333.

Diminishing the Value of Business Write-offs

When it happens, tax reform will likely drive the top corporate rate down, too, perhaps to 25% from the current 35% peak. And that will drive down the government's subsidy of business spending.

Don't despair because the beware-of-what-you-wish-for result of lower rates will mean your tax breaks deliver less bang for the buck. Tax reform will have many moving parts.

You may very well end up being a net winner when all the dust settles -- if lower income tax rates more than offset the dwindling value of your tax breaks. Of course, nothing is permanent in the world of taxes.

TOOL: What's Your Risk of a Tax Audit?

Federal estate taxes are no longer a problem for all but the extremely wealthy, but several states have their own estates taxes and inheritances taxes…
10 States with the Highest Gas Taxes