In the short run, the stock market is a voting machine, said Benjamin Graham, considered by many to be the ultimate investing sage.

In the short run, the stock market is a voting machine, said Benjamin Graham, considered by many to be the ultimate investing sage. But in the long run, it’s a weighing machine -- over time a company’s shares will command the price its business prospects deserve, measured by such basic yardsticks as profit growth, balance-sheet strength and management vision.

For much of 2011, the stock market behaved like a gigantic voting booth. And the effects have been dizzying.

What can you expect from stocks in the New Year? Keep an eye on these benchmarks to gauge where the market is headed next. 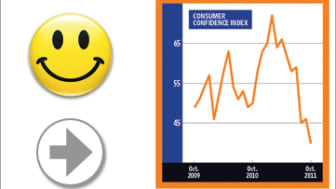 WHAT IT IS: The average of daily closing prices of Standard & Poor's 500-stock index over a period of time.

WHY IT MATTERS: Many analysts draw the dividing line between bear and bull markets by looking at the moving average.

If the S&P 500 is trading above its moving average, the thinking goes, it’s a bull market -- time to invest. If it moves below the average, it’s a bear market.

WHAT IT SAYS NOW: In early November, the S&P 500 traded just below its 200-day moving average. But it’s worth noting that in late October, after one of its best months ever, the index managed to move above its 200-day average for a few days.

THE TAKE-AWAY: We’re not out of the woods yet. 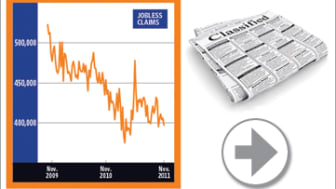 WHAT IT IS: A monthly gauge of how consumers feel about the economy and their personal finances.

WHY IT MATTERS: Consumer spending accounts for 70% of the country’s gross domestic product. When consumers are worried about the future, they spend less. When they’re optimistic, they spend more. A rise in spending could help revive the economy and lift the stock market.

WHAT IT SAYS NOW: In early November, the index plunged to 39.8, the lowest level since March 2009 (when the last bear market bottomed). But consumer spending rose in September, following modest gains in July and August, according to Commerce Department data.

THE TAKE-AWAY: Consumers are wary, but possibly gaining confidence. 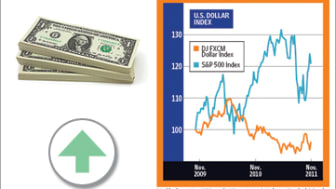 WHAT IT IS: The number of initial claims for unemployment benefits nationwide, reported weekly by the U.S. Department of Labor.

WHY IT MATTERS: Basically, the higher the number, the weaker the economy. When claims decline it’s an early indication that the pace of layoffs is slowing, which is a good sign that executives are becoming more confident.

WHAT IT SAYS NOW: Unemployment is stuck at 9% and is expected to remain there for much of 2012. But the number of jobless claims has been coming down -- albeit in a jagged line. Nearly 400,000 people filed for unemployment in late October, an improvement over a year ago, when it was about 450,000. 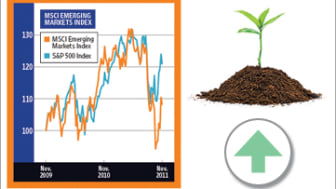 WHAT IT IS: The dollar is the world’s premier currency, and its strength or weakness has an impact on our economy and the stock market.

WHY IT MATTERS: In recent years when the dollar has strengthened -- as measured against a basket of other key currencies, including the yen, the euro and the British pound -- the U.S. stock market has dropped. And when the dollar has been weak, the S&P 500 has risen.

WHAT IT SAYS NOW: Despite the long-term trend of a weaker dollar, the currency strengthened in late August and climbed through September -- just as the U.S. stock market plunged. But in October and early November, the dollar weakened again -- and the stock market regained some ground.

THE TAKE-AWAY: The dollar’s recent moves bode well for the market. 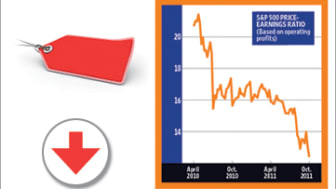 WHAT IT IS: Stock markets in developing nations.

WHY IT MATTERS: As you can see from the chart, the stocks of emerging markets and U.S. stocks move roughly in tandem. However, the growth of the consumer class in emerging markets has fueled sales for many U.S. companies, so strength in the stock markets of countries such as Brazil, China and India bodes well for the stocks of companies in developed markets.

WHAT IT SAYS NOW: Emerging markets have been a sea of red ink for the past year. But in October, the MSCI Emerging Markets index rallied 13.3%, which coincided with a 10.9% gain in the S&P 500. China, the world’s growth engine, recovered 15.2% in October.

THE TAKE-AWAY: It’s too soon to say whether this rally will persist, but the recent action in emerging markets is a good sign for U.S. stocks.

The Price-Earnings Ratio of the S&P 500 Over Time 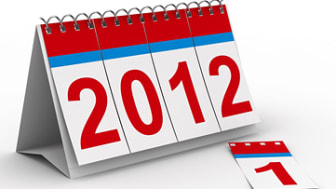 WHAT IT IS: The price of the index divided by the sum of the operating earnings per share of the companies in the index.

WHY IT MATTERS: Earnings relative to the price of the S&P 500 offer a look at how investors view the prospects for corporate profits. A falling P/E could mean investors are losing confidence in the earnings outlook and the overall economy; a rising P/E means they’re bullish.

THE TAKE-AWAY: The ratio is in a historically low range, driven by investor fear and uncertainty. If analysts trim their earnings estimates -- as they have of late -- the market’s P/E will rise. But investors may lose confidence, prompting them to sell stocks and causing the P/E to fall.

SPECIAL REPORT: Be a Better Investor