How Generation Y Will Change the Future

Now it’s the turn of the Baby Boom’s children to shape American society.

Now it’s the turn of the Baby Boom’s children to shape American society. Say hello to Generation Y -- the 77 million Americans born between 1981 through 1999. The older half of Gen Yers -- also called the Millennials -- are young adults, participating in the workforce, voting in elections, establishing households and making their presence felt in the workplaces and markets of the U.S.

Here’s a look at how they are different from and how they’re the same as earlier generations -- and what those differences mean for the way that Americans will live, work, and play in the future.

Technology Is in Their DNA 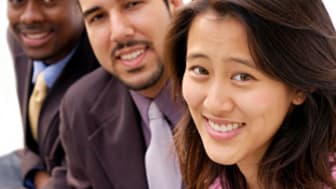 The single most important difference between Gen Y and earlier generations: the Millennials’ familiarity with technology. Gen Y cut its teeth on computers and digital media. More than any other population segment, Gen Yers see technology as enhancing the quality of their lives -- making work easier, allowing them to manage time better and bringing family and friends closer.

90% of Gen Yers over the age of 18 use the Internet. 75% use social networking -- Facebook, LinkedIn, etc. 60% of them access the Web wirelessly while on the go. 83% keep their cell phones nearby, day and night, awake or sleeping. Two-fifths don’t even have a land line. 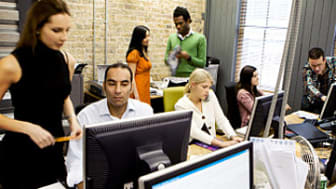 Gradual racial and ethnic shifts in the population as a whole are more concentrated in younger generations because most immigrants are young adults and because Hispanic families in the U.S. tend to have more than the average number of children. So, only about 60% of Gen Yers over the age of 18 are white, compared with 65% of everyone in the U.S.

About 20% of young adult Millennials are Hispanic. About 13% of them are black. In contrast, only 10% of Baby Boomers are Latino, and 11% are black. For now, Generation X -- the small cohort between the Baby Boom and Gen Y and now aged 30-45 -- has the highest share of foreign-born Americans, largely because they are the same age as most new immigrants. As Gen Y moves into that age bracket, its share of nonnatives will swell.

They Offer a Lot to Employers… 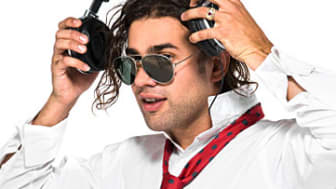 In addition to possessing a technological savvy that can’t be beat, Gen Yers are well-schooled. One in five Millennials over the age of 18 have already graduated from college; one fourth of them are working on graduate degrees. Another fourth are in college and about 30%, though not now in school expect to earn a degree. They’re on track to beat all previous generations.

Gen Yers are also well traveled. About a quarter of a million Gen Yers study abroad each year. They’re culturally aware—thanks in part to their foreign studies and to the diversity of their peer groups. And Millennials are used to working in groups. From preschool on, they’ve been taught to work cooperatively, with stronger team members helping out others. 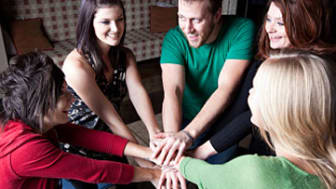 But 20-somethings can be clueless about traditional workplace etiquette. Used to texting, some may require a lesson or two in communicating clearly and appropriately with customers, colleagues and bosses.

Encouraged from childhood to see themselves as special and to find their own modes of self-expression, some Gen Yers are nonplussed at the idea that their usual attire isn’t necessarily office appropriate. So companies are reverting to explicit dress codes: No tank tops, flip-flops or shorts, for example. And no visible tattoos. For Gen Yers, tattoos are common: 40% have at least one. 18% have six or more. Plus one-fourth of Millennials have a body piercing that’s not in an earlobe.

Millennials have different expectations about their jobs and careers than earlier generations. They expect work to be fun and meaningful. Few will stick with a job they dislike just for a paycheck. Two-thirds of Gen Yers who are already employed expect to change jobs sometime in their lives. 62% of Gen Xers and 84% of Baby Boomers plan to stay with their employers. As a group, Gen Y feels a real pull to contribute to making the world a better place, so companies that try to do good have particular appeal.

Personal relationships are paramount. Gen Yers find jobs through friends and want to work with friends. Loyalty is to a person -- the boss -- not the company. And time is more valued than money. Millennials want flexible schedules and may prefer additional vacation days to cash bonuses.

They Are Value-Conscious Consumers 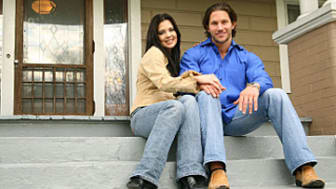 When it comes to money, Gen Yers are different from their elders, but may come to resemble previous generations more as they pass through the life stages of marriage, family, retirement and so on.

For now, they’re less acquisitive than their Baby Boomer parents, steering away from what they see as conspicuous consumption. When they do spend, Gen Yers are value conscious -- maybe because technology makes finding the best buy a no-brainer.

Traditional advertising doesn’t have much street cred. Millennials are more likely to buy based on peer recommendations. And they’re a bit more willing than older shoppers to pay higher prices to protect the environment.

Home Is Close to the Hive

Despite the Great Recession, Gen Yers aren’t shying away from buying homes, and there’s evidence that some are doing so earlier than their older siblings and parents. Nudged to take the leap by bargain basement prices and Uncle Sam’s federal tax credit for home buyers, about one in three 18- to 32-year-olds is already a homeowner. Most, however, seem to want to follow the typical pattern of buying at about age 30, assuming the sour economy and tighter lending standards allow it.

The homes they buy will often be smaller, and on smaller lots, than typical. And no long commutes for them. Look for Gen Yers to seek close-in suburbs with a walkable urban center offering restaurants, shops and other gathering places. Some are even passing up car ownership altogether.

They Are Conservative Investors

Millennials are more risk averse than previous generations were at the same age. About half of their nest eggs are in bonds, money market accounts or cash. Even though they have decades to go before retirement, only 22% of investors under age 35 -- many fewer than in 2001 -- say they’re willing to take on substantial risk.

One reason: They’ve seen little or nothing of the upside of long-term investing in stocks. In the decade since the oldest Gen Yers entered the workforce, the stock market has languished. Worse, many saw their parents’ savings evaporate in recent years. If that reluctance to invest in the stock market lasts, many will come up short in their golden years.

Despite the challenge of coming of age in the midst of the Great Recession, Gen Yers are remarkably upbeat. As a group, they’re confident about their futures and eager to take on the challenges that life has in store. They get along well with older generations -- their parents and grandparents -- despite a more liberal social and political bent.

And Gen Yers are particularly adaptable and open to change -- probably a good thing, considering how rapidly it comes. 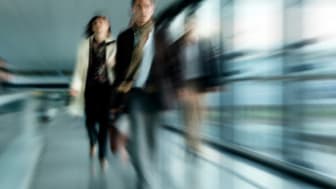 Lower birthrates in the U.S. mean the age profile of the population is changing. It’s shifting from a pyramid shape -- with many young folks at the wider bottom end and smaller earlier generations at the top -- to a more rectangular shape, with generations of remarkably similar size. Of course, the very top of the age profile will always be narrower than the bottom, as deaths pare the number of folks in each older age group.

Combined with increasing longevity, the lower birthrate means an aging population as a whole. Now nearly 37, the average age of Americans will peak at just over 39 in 2035 and hover near there through 2050.

READ FULL STORY: How Generation Y Will Work and Live

SLIDE SHOW: 9 Technologies that Will Change Your Future