Even as the national economy struggles, some regions anticipate future prosperity.

Even as the national economy struggles, some regions anticipate future prosperity. Though unlikely to surpass powerhouses of the U.S. economy such as California’s Silicon Valley, Boston’s Route 128 corridor and North Carolina’s Research Triangle, they may well give better-known up-and-comers such as Austin, Tex., Charlotte, N.C., and Denver, Colo. a run for the money.

Consider these five examples of how areas are leveraging their strengths for future growth and betting on industries that are poised for takeoff.

Energy is North Dakota’s ticket to success. High oil prices and the development of technologies to unlock previously unreachable oil and gas reserves are rocketing the Peace Garden State to the fastest pace of gross domestic product growth and the lowest unemployment rate in the nation. About 26,000 new oil wells are in the blueprint for the next 25 years. That’ll fuel five to seven years of very swift growth and sustain the state’s economy for two decades. What’s more, even if oil prices drop by 50%, low exploration costs and proven supplies will keep the state producing.

To help keep growth on track, North Dakota has a fairly hands-off regulatory attitude, and state policymakers are mulling ways to simplify taxes on the state’s oil industry.

Rose City is betting on its appeal to a young creative class of workers to build a 21st-century clean economy. Portland expects its workforce to grow by 2.4% a year over the next decade—six times as fast as the U.S. average rate. What’s more, the number of 25- to 34-year-olds there grew 12% from 1990 to 2000. Across the U.S., that age group shrank 8%. A third of Portland’s young adults have college degrees. 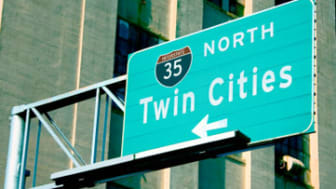 Maryland is investing in bioscience research and development. Nurtured by a slew of laboratories within its borders, including those for the U.S. Departments of Agriculture, Commerce, Defense and Homeland Security, the National Institutes of Health and Johns Hopkins University, the state enjoys a 44% greater concentration of bioscience talent than the national average.

Under Gov. Martin O'Malley's BioMaryland 2020 strategy, the state plans to bolster the sector with more private investment and increased commercialization of basic R&D work. It’s sinking $1.3 billion into programs over 10 years. Notably, even in these tight times, Maryland is forging ahead, raising its biotech tax credit and approving the InvestMaryland plan, which provides tax credits to insurance companies for investing in the Maryland Venture Fund.

Export know-how and medical technology are the edge for the Twin Cities. Despite a reputation as being unfriendly to business, the region has a lot going for it: An educated workforce (nearly 38% have a college degree). A patent rate that’s double that of the U.S. as a whole. And 21 Fortune 500 firms that call the region home. Among the area’s business initiatives is the Entrepreneurship Accelerator. Funded by nonprofits and local government, the multimillion-dollar, 10-year project is committed to financing about 50 start-ups.

Working with the Brookings Institution, metro planners are also crafting an export strategy to capitalize on the area's strong base of medical device companies and industry collaboration with the Mayo Clinic. As ever more miniature devices to deliver therapies via cells are developed, the area is well positioned to grow from its current rank as 15th-largest exporter among cities.

Ohio is hitching its wagon to advanced manufacturing. The Buckeye State aims to retool its ailing old-school industries to produce 21st-century technologies, replicating in a variety of venues the transition that Toledo glassmaker Pilkington North America made to photovoltaic materials. One of Ohio’s long-term bets: Flexible electronics—circuits imprinted on polymer films—parlaying expertise developed at Kent State University.

To help with the transition and boost job creation, Gov. John Kasich (R) has recruited a Silicon Valley venture capitalist to head JobsOhio, a nonprofit group run by government appointees and financed by the lease of Ohio’s liquor franchise.