Paying Taxes for a Hired Caregiver

The nanny tax isn't just for Mary Poppins. It covers any household employee including housekeepers, gardeners and caregivers.

Here we go again. Another presidential transition, another Nannygate controversy. Retirement Report readers likely remember the 1993 case of Zoë Baird, whose nomination to be the first female U.S. attorney general was derailed when it was disclosed that she failed to pay required “nanny taxes” for a household employee.

This time, it started with Congressman Mick Mulvaney, President Donald Trump’s choice to run the Office of Management and Budget, who owned up to failing to pay five years’ worth of taxes for the woman he and his wife hired in 2000 to help care for their triplets. Next came Andrew Puzder. After his nomination as Labor Secretary, he disclosed that he had failed to pay required taxes for a household employee who was in the U.S. illegally. As their confirmation hearings went on, both men said they had paid back taxes they owed.

We bring this up as a reminder that the nanny tax isn’t just for Mary Poppins–like nannies taking care of children. It covers any household employee, such as a housekeeper, gardener or, our main concern here, a caregiver for your spouse or elderly parent. If the caregiver is provided through an agency or is self-employed, you’re off the hook. But if you hired the person yourself and control how the work is done, you’re more than likely an employer in the eyes of the IRS.

In that case, if you paid more than $2,000 last year, the nanny tax applies. When you file your 2016 tax return, you need to include a Schedule H and pay the 15.3% Social Security and Medicare tax on the wages you paid. That tax is supposed to be split evenly between you and your employee (7.65% each). But whether or not you withheld the tax from your employee’s wages during the year, you’re on the hook to pay the full amount when you file your return.

That’s not all. If you paid more than $1,000 to employees in any calendar quarter of 2016 or 2015, you also owe the federal unemployment tax. And you probably owe a state unemployment tax, too. Contact your state tax authority to find out. If you haven’t done so already, you need to give your employee a W-2 showing wages paid and any withholding (it was due at the end of January) and send a copy to the Social Security Administration.

Federal estate taxes are no longer a problem for all but the extremely wealthy, but several states have their own estates taxes and inheritances taxes…
5 States With No State Sales Tax 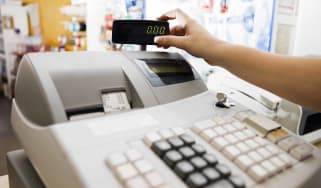 5 States With No State Sales Tax

Alaska, Delaware, Montana, New Hampshire and Oregon do not impose a state sales tax, but that doesn't necessarily make them the best states for low ta…
10 States with the Highest Gas Taxes