How to Use Allowances to Teach Kids About Money

More parents are giving their children allowances, but paying them to do chores may not be the right way to do it. 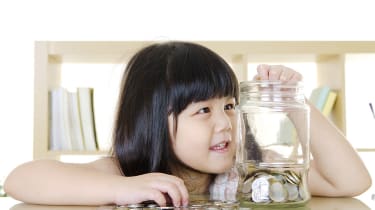 The practice of giving kids an allowance seems to have caught on in a big way. In the 2015 Parents, Kids & Money survey from T. Rowe Price, 70% of parents reported giving an allowance to their children ages 8 to 14. That's way up from 47% in 2013. Among kids who receive an allowance, 85% are required to earn it, versus 15% who get it with no strings attached.

I have mixed feelings about those results. I'm convinced that an allowance is one of the best hands-on teaching tools for children who aren't yet earning money of their own, so I'm glad that allowances are becoming more popular. But one thing I've learned from speaking with hundreds of families over the years is that tying an allowance to chores isn't necessarily the best way to go.

For one thing, you don't want to turn your children into little mercenaries who balk at washing the dishes unless they're paid. Kids should help out around the house without expecting anything in return because they're part of the family.

It's also been my experience that parents have a tough time keeping track of whether their children have actually done their assigned jobs. As a result, the kids often end up getting their money even if they don't do the chores. Or they end up getting nothing and miss out on learning how to manage their own money, which should be the purpose of an allowance. Either way, the system falls apart.

At the same time, it's disappointing that 15% of kids get their money with nothing expected in return. In that case, the allowance becomes just another handout, and kids don't learn the connection between work and pay.

So what's a parent to do?

A System That Works

My solution is a two-tier allowance system (see Don't Tie Allowance to Chores and How to Handle Allowances). Kids get a base allowance that isn't tied to basic household chores, such as doing the dishes and making their beds, which they're expected to do without pay. But it does come with what I call financial chores—spending (and saving) responsibilities that the kids take over from you. So, for example, young children may be required to pay for their own collectibles or refreshments at the movies. As they get older, they can take responsibility for more expenses, such as after-school outings with friends, concert tickets and even clothing purchases (see How to Handle Back-to-School Shopping with Teens).

To make the connection between work and pay (and to earn extra money), children can take on extra jobs, such as taking out the trash or recycling, vacuuming the family room, raking leaves, washing the car, or whatever you define as service above and beyond.

This system has three pluses: It sets up a sensible, and workable, arrangement for tying allowance to chores. It's easy to keep track of—you can pay for jobs on the spot, assuming the work meets with your approval. And it's an effective way to make kids responsible for managing their money.

How Much to Give

Not only are more children getting an allowance, they also seem to be getting more money. Compared with 2013, fewer kids in the T. Rowe Price survey are getting $10 a week or less (50% versus 68%), and at the very top the number of kids getting $51 or more per week jumped from 2% to 9%.

For 8- to 14-year-olds, the $10 figure sounds reasonable. My guideline is to start with a weekly base allowance equal to half a child's age, and then increase it as necessary depending on where you live, how old your child is and what he or she is expected to pay for.

So for an 8-year-old, $4 a week should be plenty. A 14-year-old could need more than $7 per week, especially if he's paying for his own entertainment and school-related expenses. But for the life of me, I can't figure out why any kid in this age group should get $51 per week.

There’s no one-size-fits-all formula for how much you’ll need.
Skip to ContentSkip to Footer