The Long-Term Cost of Stimulus Spending

Heavy borrowing already on the books before the crisis hit will make the recovery even tougher. 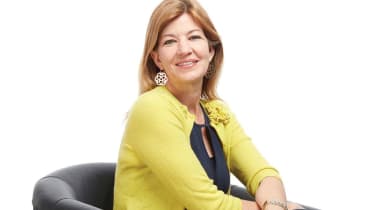 Maya MacGuineas is president of the Committee for a Responsible Federal Budget, a nonpartisan, nonprofit organization.

The federal government will borrow a record $3 trillion in the second quarter to combat the COVID-19 pandemic and resulting economic downturn. Are you concerned about these unprecedented levels of federal debt? This is a time when borrowing is what we should be doing. We need to borrow to fight the pandemic in ways that will help the economy become more resilient and recover more quickly. The concern I have is that we entered this crisis with a large debt already because we borrowed through the economic expansion. Having such high debt is going to make the recovery process more difficult.

Despite high levels of debt before the pandemic, unemployment was at record lows and the economy was strong. Does that suggest debt isn’t that much of a problem? The economy can do very well with a lot of debt for the short run but not the long run. We had an economic boom, but it was financed by tax cuts and spending increases that weren’t offset to reduce future deficits, which would translate into lower growth in the long term.

What do you think of the stimulus packages enacted so far? Do we need additional stimulus measures? I commend Congress for coming together and quickly passing the first round. Was it perfect? Of course not. You could never put that much money into the economy and get it exactly right. As we consider future measures, though, it’s important to think about areas where the hardships are the deepest or spending will lead to the biggest return in turning the economy back around. Rushing an additional round of stimulus is a mistake, but I don’t think we’re done because the states will really be hurting because of the lack of revenue.

But haven’t some states made some fiscally unwise choices? It’s a legitimate point that aid to states should in no way bail them out of the irresponsible pension policies many of them have had, and I’m interested in policies that would tie aid to reforms in pensions and other areas. But it’s indisputable that in many cases the states will have significantly lower revenue, and if we don’t find a way to temporarily fill that gap, it will lead to further job losses and slow the economic recovery.

The 2020 Social Security Trustees Report issued in April projects that the Social Security trust fund will be insolvent in 15 years — and if that happens, retirees would have to take a 21% cut in benefits. Will the pandemic and resulting recession exacerbate that situation? The report doesn’t incorporate changes in the economy because of the pandemic, so the picture is going to be worse. There are options that have been available for decades and we have been dragging our feet. We will need to look at everything from raising payroll taxes to fixing the way we calculate cost-of-living increases to ensure Social Security is there, particularly for people who depend on it the most.