Beneficiaries will no longer be able to take advantage of certain claiming strategies under new bill. 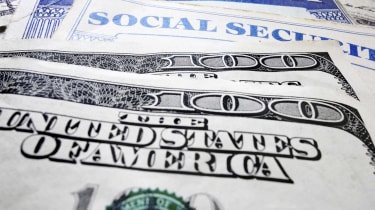 I’m receiving about $1,200 a month in Social Security spousal benefits under a "file and suspend" strategy based on my husband's employment record. I see Congress is about to eliminate the right to do this. Will they make me pay back the money I've received? I've already spent it.

Don't worry. Although the budget deal working its way through Congress would end the "file and suspend" strategy, there’s no provision for making folks who've taken advantage of this entirely legal tactic pay back the benefits. In fact, a last-minute amendment to the bill leaves the file-and-suspend window open for six months. Assuming the budget bill passes and is signed by President Obama, here's how the new rule will work: Six months after the law is enacted, the file-and-suspend strategy will disappear. For folks who apply after that time (probably around May 1, 2016), the Social Security Administration will no longer pay spousal benefits based on the record of a husband or wife who suspends his or her own benefit in order to earn delayed-retirement credits. Since you're already receiving benefits, you’re grandfathered in. The money will keep flowing.

Uncle Sam can tax up to 85% of your Social Security benefits if you have other sources of income, such as earnings from work or withdrawals from tax-d…
Turning 60 in 2020? Expect Lower Social Security Benefits