How to Handle Taking a Final RMD After Death

Heirs are responsible for the last required minimum distribution when someone dies. Here's how it works. 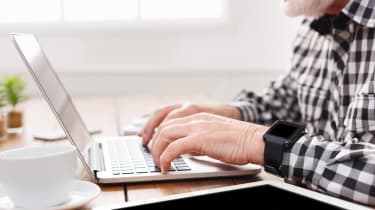 Think you are off the hook for your annual required minimum distributions if you pass away? Think again. Death does not excuse you from taking RMDs from retirement accounts, says Uncle Sam. If you have been taking RMDs every year but haven’t taken your annual RMD before you die, that money must still come out of the account.

In your absence, your heirs will need to take that final RMD for you before taking control of the money. That’s true whether the heir is a spouse who will assume the money as her own or a nonspouse beneficiary who wants to retitle the account as an inherited IRA and stretch distributions over his own lifetime. “You need to deal with that final RMD before doing anything with the rest of the funds,” says Keith Bernhardt, vice president of retirement income at Fidelity Investments.

Before the end of the year in which the owner died, heirs should contact the traditional IRA custodian and withdraw the money by the regular RMD deadline, December 31. Even if the IRA owner died halfway through the year, says Bernhardt, heirs “have to take the whole RMD, not just half.” If the full final RMD isn’t taken in time, it will be subject to the 50% missed RMD penalty.

Among the paperwork heirs will have to submit to the custodian is a certified copy of the IRA owner’s death certificate, says Christine Russell, senior manager of retirement and annuities for TD Ameritrade. Heirs should check with the custodian of each retirement account that the deceased owned to ensure they follow that particular custodian’s procedures.

The final RMD money—and the tax bill on that amount—goes directly to the heirs, not the estate. “The final RMD is reported on the beneficiary’s tax return,” says Eric Bronnenkant, the head of tax at Betterment for Business.

If there are multiple heirs, the final RMD should be split in line with the allocation on the beneficiary form. So two adult children named as primary beneficiaries, with each to receive half of the traditional IRA assets, should equally split the final RMD.

The fact that the final distribution goes to heirs presents one wrinkle. The beneficiary himself must be age 70½ or older to transfer the final RMD directly to charity and exclude that amount from taxable income. If the beneficiary isn’t old enough, the qualified charitable distribution move isn’t allowed.

Of course, every rule has an exception. In a couple of instances, a final RMD isn’t required. If an IRA owner dies before April 1 of the year following the year he turns 70½, heirs do not need to take an RMD. That’s because the owner did not reach his “required beginning date”—the April 1 deadline for taking his first RMD. “Just because you are 70½ doesn’t mean that the RMD is due,” says Russell.

If an IRA owner who turned 70½ this year dies on April 1, 2019, or later, he should have already taken his first RMD. And his heirs should take out his second and final RMD by December 31, 2019, if he hasn’t already taken it. (If an RMD is missed, either by the decedent or the heirs, the heirs could take the money immediately and file Form 5329 to ask the IRS for relief from the 50% penalty.)

Keep in mind that traditional and Roth 401(k)s have RMDs, too. Final RMDs will have to be taken for those accounts before heirs inherit the money. But again, there is an exception: A worker age 70½ or older who doesn’t own 5% or more of the company is not subject to RMDs from his current employer’s retirement account. In that case, his required beginning date (RBD) for that account is not reached until April 1 of the year following the year he retires. If he is still employed when he dies, no final RMD is needed from his current employer retirement account because he never reached the RBD for that account.

Watch out: These things can increase the chances that the IRS will give your tax return a closer look.
Exit Strategies for Charitable Remainder Trusts

CRTs offer tax and income-planning flexibility as life changes over the years.
10 Tax Breaks for the Middle Class