I was drawn to Acacia Research because my family is loaded with lawyers and engineers. 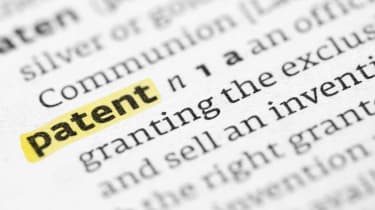 I recently read an article contending that personal biases can lead investors astray. I’ve long known that one of the keys to being a successful investor is keeping your emotions under control. But I’ve always thought that personal biases, which are shaped by our life experiences, might lead us to invest more wisely. However, Acacia Research (symbol ACTG), the worst performer in my Practical Investing port­folio, may provide more support for the author’s case than for my own.

To those given to pejoratives, Acacia is a patent troll. It contracts with holders of U.S. patents to protect their rights against unauthorized use and negotiates licensing deals with firms that want to use the technology. In recent years, Acacia has also bought some patents outright, protecting and licensing inventions for its own benefit.

I was drawn to the stock for several reasons. First, my family is loaded with lawyers and engineers. One of my grand­fathers was an engineer who worked on rocket ships. Other relatives are engineers who have worked on everything from sound systems to laser beams. My sister and brother-in-law are both lawyers.

As someone who has worked at home for the past 25 years, I know firsthand how technology has improved our daily lives. Had it not been for personal computers, cell phones, Wi-Fi and Google, I might have had to choose between being a full-time journalist and picking up my kids from school. Thankfully, I never had to make that choice. I’m confident that technology will improve the lives of future generations in ways that I can’t even imagine.

But I believe that in most cases, inventors won’t invent unless they can profit from their work. Yet engineers rarely have the skill to protect their rights in court. Thus, Acacia’s business, which delegates the job of protecting an inventor’s rights to a firm full of patent attorneys, resonates with me. For a time, many other investors loved Acacia, too. Its stock, which sold for $2.50 in October 2008, hit $46 in 2011.

The company, which is based in Newport Beach, Calif., reported record earnings in 2012. But the stock retreated, and in early 2013 I bought 612 shares at prices ranging from $26 to $27.50. I did so knowing that Acacia’s earnings would be “lumpy”—that is, inconsistent. Unfortunately, the results have been far worse than lumpy. Acacia has lost money every quarter since I bought it, and the stock has sunk to $18.

Now what? I spoke with two analysts with diametrically opposed views on Acacia’s stock. Ironically, the reasoning behind both ratings is the same: Acacia’s results are hard to predict because they depend on the number and timing of legal settlements. In some periods, all Acacia does is spend money battling with alleged patent violators, sometimes with little or nothing to show for its efforts. At other times, money from settlements and licensing fees pours in.

Valuable assets. Stephens Inc. analyst Tim Quillin, who rates Acacia a sell, says that consumer sentiment has turned against patent trolls, and that has made patent violators less likely to settle. That could force Acacia to fight harder for every dollar. Mark Argento, of Lake Street Capital Markets, thinks Acacia’s portfolio has a lot of value. “The assets of the business are not well appreciated, and that creates an opportunity where you can buy them at a discount,” he says. Argento thinks the stock could reach $30 in a year.

That’s awfully optimistic. But things are looking up. The stock rose sharply after Acacia delivered third-quarter results that, while still in the red, topped forecasts. I continue to hold the stock because I still believe in the concept. And when you invest your own money, you have the right to make decisions based on your own biases.