When portfolio managers are buying, they think like business owners. But when they sell, they too often devolve into stock jockeys. 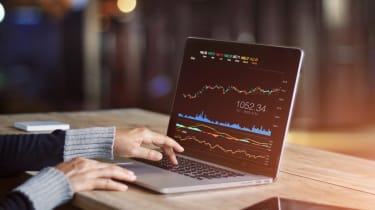 You no doubt think long and hard—and do plenty of research—before you buy a stock. But a new study shows that investors tend to put far less effort into sell decisions, and that can hurt you.

The finding comes from a preliminary study published in January by researchers at the University of Chicago, Carnegie Mellon University, the Massachusetts Institute of Technology and data analysis firm Inalytics. They looked at 4.4 million trades for 783 portfolios run by professional money managers between 2000 and 2016. These were cream-of-the-crop man­agers, with portfolios averaging $573 million, but make no mistake: The findings apply to you, too.

And the findings are striking. The stocks that the managers added to their portfolios did well, outperforming the portfolios’ benchmarks. The managers’ selling decisions, however, failed by a wide margin to beat even a zero-skill strategy of selling different, randomly chosen stocks in the portfolio. The managers trailed the random, no-skill portfolio by an average of one-half to one percentage point over one year. In other words, they consistently cut their winners loose too early or gave up too soon on laggards. “Simply adopting a random selling strategy would generate substantially greater earnings than the average management fees charged to clients,” the study concludes.

Rather than focus on, say, the outlook for profits or other fundamental measures of a company’s prospects, the managers tended to sell their biggest losers or their biggest gainers. Portfolio managers who sold stocks with the most extreme returns fared the worst, with overall returns trailing the random-sale benchmark by as much as two percentage points a year.

It’s easy to rationalize sales based on past returns. Many heuristics carry a kernel of truth that explains why they become rules of thumb. Assets with extreme gains might have already realized their upside potential; assets with extreme losses imply a change for the worse in the original investment thesis. But information about prior returns is also ubiquitous and easy to seize on without much thought or effort. Portfolio managers “are looking at a terminal all day,” says study co­author Alex Imas, of Carnegie Mellon. “The stocks that underperform and outperform are top of mind.” That probably goes for you, too, if you check your account balance constantly or stay glued to the day’s financial news.

What’s frustrating to me about the study’s findings is that when managers did focus on fundamentals—when sales were correlated with a company’s earnings announcement, for example—they made better sell decisions. That tells me that when portfolio managers are buying, they think like business owners. But when they sell, they too often devolve into stock jockeys and, worse, practice rearview-mirror investing. They forget that past performance is no guarantee—nor is it the best predictor—of future results. Maybe they should read their own boilerplate more often.

What should you take away from this study? If you can, spend time doing the same kind of forward-looking analysis of a stock when you sell it as you do before you buy it. And if you can’t do that, says Imas, “shave assets across the board, or pick something to sell randomly” when you need to raise some cash.