How to Prepare for the Next Bear Market

Stock corrections are inevitable, but there are ways to minimize the impact. 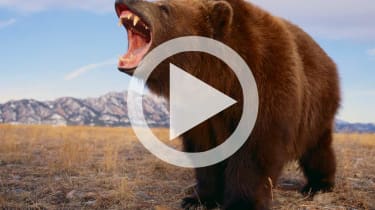 The current bull market in stocks is approaching its sixth birthday. It’s been so long since the last bear market ended that some of you may have forgotten one of the unavoidable rules of investing: What goes up must occasionally go down. In fact, we haven’t even had a true correction—generally defined as a drop in share prices of 10% to 20%—since 2011.

No one can predict when the next bear market will begin or what might cause it. It could be due to Federal Reserve tightening—the central bank is likely to raise interest rates in 2015. Or stocks could sink because of some geopolitical crisis; say, a blowup in the Middle East or war in Eastern Europe. Or it could be something we can’t even imagine now. After all, who could have known that a decline in housing prices would ultimately lead to the last bear market, which stretched from 2007 to 2009.

No matter the cause of the next bear market or the timing of its arrival, it’s not too early to start preparing for it. For starters, check your asset allocation—how much of your portfolio is in stocks and stock funds, and how much is in bonds, bond funds and cash-type investments. Assume a garden-variety bear market that sees the stock market go down 30%. Figure how much your portfolio would lose under such conditions. Can you sleep at night knowing you could lose that much? If the answer is no, you have too much in stocks. Trim your holdings.

Then look at the kinds of stocks you own. This is probably not a great time to be overloaded with small companies and speculative stocks. Instead, the bulk of your portfolio should be in high-quality, dividend-paying blue-chips with low debt levels and healthy profit margins.

The stock funds you own should invest in the same kinds of companies. A good choice for U.S. stocks is Vanguard Dividend Growth (VDIGX). And for the overseas part of your portfolio, check out Harbor International (HIINX).

If you invest in stocks, you’ll never be able to escape bear markets entirely. Your aim should be to minimize the damage so that you have the courage to stay in the game and benefit from the subsequent bull market.