The High Cost of Market Timing 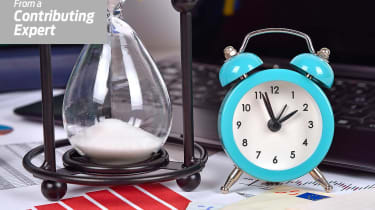 "The way of fools seems right to them, but the wise listen to advice." - Proverbs 12:15

Advice—professional or otherwise—has not been in short supply as the first 28 trading days of 2016 represented the worst start for the equity markets in any calendar year in history, notwithstanding the recent retracement. But some of this advice is starting to sound like what's been dispensed by financial-survivalist newsletters for years, calling for investors to take drastic action in the belief that what we're experiencing is more than just a garden-variety correction or bear market. This "advice" usually doesn't account for investors' age, experience, risk tolerance or time horizon and has the potential to do serious damage to long-term objectives.

In 1998, I met with a prospective client who was proud of having what he thought was a great track record in timing the market. "I sold everything a week before the Crash of '87," he boasted. "I saved myself a loss of more than 25% on Black Monday!"

He looked embarrassed. "Oh, I haven't," he said. "That's what I called you for."

Now by that time, the Dow Jones industrial average had already reached 7,000, whereas he had sold when it was barely above 2,000. In effect, he gave up what would have been about 250% of potential upside in exchange for avoiding a temporary 25% drop in value, which in his case would have been recouped in barely over a year. (It's worth noting, though, that I think we can all agree it's highly unlikely that anyone getting out of the market today is at risk of missing out on a return of that magnitude over the next decade.)

Put another way, he gave up ten times what he "saved."

And that's the dilemma. For the long-term investor, selling to avoid a potential loss is only half a decision. And for that decision to ultimately be a successful one, assets need to be reinvested at a point in time when things appear to be even more dire (with the market therefore lower) than when they were sold. The reason that's such a difficult thing for most investors to do is that a market drop after liquidation positively reinforces the idea that selling was, in fact, a "good" decision. It becomes that much harder, emotionally, to get back in, especially when the news media will almost certainly be portraying market events in even more apocalyptic terms when the market is lower.

Let's be clear though: There are times when waiting on the sidelines is the appropriate thing to do, but these are exceedingly rare. For example, look at the subprime meltdown and the accompanying collapse of financial institutions that had been around for over a century. Consider also the "dot.bomb" tech crash of 2000, prior to which Standard & Poor's 500-stock index traded for more than 50 times earnings (and the NASDAQ 100 lived up to its name with a 100 price-earnings ratio). Both cases resulted in 50% drawdowns. These were proverbial "100-year floods" that occurred less than a decade apart—and are probably responsible for adding to investor fears and susceptibility to bad advice, which is known as "recency bias," in investor psychology terms.

Now is not one of those times. The fact remains that, since 1928, a bear market (a drop of 20% or more) has occurred every 3.5 years, on average, and a correction (a drop of at least 10%) every other year, on average. For a long-term investor, proper diversification among asset classes and other sensible strategies to manage volatility can potentially reduce downside during these inevitable events. But the attempt to remain completely unscathed can be costly.

Andre Korogodon is a Registered Principal at Cantella & Co., Inc., member of FINRA/SIPC, with the Series 86/87 registered Research Analyst designation.

Andre Korogodon is a Registered Principal at Cantella & Co., Inc., and is a graduate of the Wharton School of Business. He has the Series 86/87 registered Research Analyst designation and has been helping investors construct portfolios in accordance with their individual objectives for over 30 years. Securities offered through Cantella & Co., Inc., member FINRA/SIPC.