Watch Out for Bear Market Rallies

Thanks to strong gains recently, the stock market has erased all of its early-2016 losses. But that doesn’t mean investors are out of the woods yet. 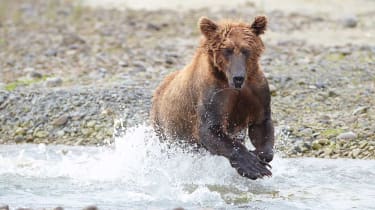 What should investors make of the rally? Correction over, bear market averted and onward for the indefatigable bull market, charging into its eighth year, right?

Not so fast. It turns out that bear markets are routinely marked by rallies that seem diabolically designed to fool the largest number of investors into letting down their guard and jumping back into the market, only to be clobbered again when the bear reasserts dominance.

Since the start of the 20th century, every single bear market has spawned at least one rally during which stock prices rose 5% or more, according to data from InvesTech Research, a newsletter. Investors were treated to rallies of 10% or greater during 14 of the 21 bear markets since 1901—and often several such rallies within the same bear market. For instance, in the bear market that began in 2007, stocks staged 12 rallies of 5% or more, with four of the 12 logging gains of more than 10%. The 30-month-long bear market that began in March 2000 staged nine rallies of 5% or more; four of those surpassed 10%. Looking at bear market rallies since World War II, the Leuthold Group, an investment research firm, found that the average bear market rally produces stock gains of nearly 11% over a six-week period, recovering nearly 60% of the preceding decline.

Assuming that a bear market began in May 2015, the number of bear market rallies so far is below average. We've only seen two: a 13.4% gain between August 25 and November 3 of 2015, and the 11.9% rally since February 11. (Technically speaking, the market is in a state of limbo today. A bear market would be confirmed if the S&P 500 dropped to 1,708, representing a 20% decline from the index’s May high of 2,134.72. Confirmation of the continued existence of the bull market requires the S&P to surpass its previous high.)

For now, investors are left with the same—still largely unanswered—questions about the direction of the stock market. But even if the bull market is intact, says InvesTech publisher Jim Stack, risk remains elevated. For one thing, stocks aren't cheap. Despite recent setbacks that wrung some excesses out of the market, stocks still look expensive on the basis of price to earnings, cash flow and book value (assets minus liabilities), according to Leuthold. If stocks were to reverse course and take valuations down to typical bear market lows, we could see price declines from recent levels approaching 30%, Leuthold says.

On the positive side, the recent upswing has been surprisingly broad-based, with the number of advancing shares far outpacing decliners. Oil prices have rebounded, with crude up nearly 40% from February lows. Another round of economic stimulus bodes well for Europe. Worries about China have abated somewhat. In the U.S., economic indicators are mostly positive. Manufacturing activity has been contracting for five months, but the service sector—which accounts for two-thirds of the economy—is expanding (although, it, too, has shown some recent volatility). Corporate earnings this year could see some relief as the drag from falling oil prices on the energy sector and the strong dollar lessens.

All things considered, the chances of a rare, eighth bull market birthday don't seem unreasonable, says Burt White, chief investment officer for investment advisory firm LPL Financial. “Bull markets don't die of old age. They die of excesses,” he says. But that doesn't mean the market hasn't gotten ahead of itself for now, says Russ Koesterich, chief global strategist at BlackRock. “Against a backdrop of continued uncertainty in the global economy, the recent rally is beginning to look a bit excessive,” he says. “March may have come in like a lamb, but the lion may be lurking.” Or maybe the bear.