Why This Bull Market Will Keep Running 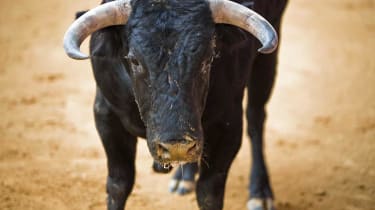 Jim Stack says this is no time to sell stocks. Even though we’re more than 5½ years into a bull market, he believes low oil prices and low interest rates, along with rising consumer and business confidence, will power this bull market ahead for many months to come. In fact, he currently recommends that investors keep 83% of their assets in stocks.

Why should you care what Jim Stack says? Because Stack, a money manager and editor of the newsletter InvesTech Research Market Analyst, has been nearly perfect in his market calls over the past decade. He correctly predicted the onset of the 2007–09 bear market, flipped to a bullish stance near the bottom in March 2009, and has remained steadfastly positive even as a steady stream of scares have frightened more timid strategists out of the market. Over the past 10 years through September 30, the recommendations in Stack’s newsletter have produced an annualized return of 9.9%—an average of two percentage points per year more than Standard & Poor’s 500-stock index, according to the Hulbert Financial Digest.

Stack bases his forecasts on analysis of the economy and business conditions, as well as on technical indicators—that is, the action of the stock market itself.

He musters strong arguments to bolster his current bullish stance. The U.S. economy is growing steadily—yet that growth hasn’t sparked a pickup in either inflation or interest rates. The Conference Board’s Consumer Confidence Index is hitting new post-recession highs practically every month, as is its Index of Leading Economic Indicators. So are the Institute for Supply Management’s reports on both the manufacturing and service sectors of the economy. “These are perfect conditions for a bull market,” Stack says. “The probability of a recession—and accompanying bear market—before the end of 2015 is remarkably low.”

That’s not all. Stack can hardly contain his enthusiasm over the recent plunge in oil prices, which have dropped 25% since late June to $78 a barrel. Think of falling oil prices as a lubricant for the entire economy. Cheaper oil makes almost everything less expensive, both for businesses and consumers. Or, think of cheaper oil as a gigantic tax cut: It leaves hundreds of billions of dollars that can be spent on other things.

If oil is the economy’s lubricant, low long-term interest rates are its propellant. Much of the economy, both for businesses and individuals, runs on borrowed money. The less expensive that money is, the faster the economy can expand, all other things being equal. Stack expects cheap oil and cheap money to power corporations to higher profits next year—higher than analysts are currently forecasting.

More than economic fundamentals put Stack in the bullish camp. His technical indicators are mostly flashing a buy signal, too.

The InvesTech Bellwether Index, an index of economically sensitive stocks, is surging to record highs. Stack’s Negative Leadership Composite, which measures the number of stocks posting new 52-week highs compared with those hitting new lows, fell during the October sell-off, but is now recovering nicely.

Stack, however, is nothing if not flexible. He remains a nervous bull. “Bull markets do not last forever,” he says. He thinks we’re in the latter third of the bull market, and that sometime in the next two or three years the economy will fall into recession. Typically, bear markets begin three to six months before recessions start.

What’s more, Stack expects the coming bear market to be a doozy. That’s because every bear market save one since 1950 has taken back at least half of the gains of the preceding bull market. He thinks the next bear market will subtract 35% or more from the major stock indexes. But that’s tomorrow’s worry. For now, the bull market looks strong and healthy.