Investing may be a gamble, but here are nine ways to increase your success. 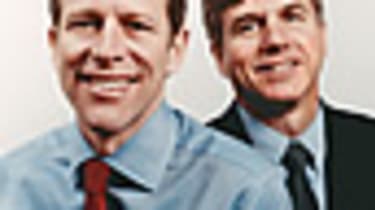 Like playing poker and betting on horses, investing is a game of skill that depends on assessing the odds of uncertain future events. While few investors would argue with this, many tend not to think in terms of probabilities when handicapping a company's future stock price.

Hedge-fund manager Bryan Jacoboski, of Abingdon Capital Management, explains the phenomenon: "It isn't human nature to view the future in terms of a wide range of possibilities. We naturally think of what is most likely to occur and implicitly assess the probability of that scenario occurring at 100%. That isn't a bad way to think as long as less likely, but still plausible, scenarios don't have vastly different outcomes."

But of course, he went on to say, vastly different outcomes often occur in the investment world. Making decisions based solely on the most likely outcome, Jacoboski concluded, can severely damage your investment results.

The first basic step in incorporating probabilities into investment decisions is to consider several potential outcomes explicitly. Jacoboski arrives at a final estimate of a company's intrinsic value by defining expected values under four to six scenarios, and then weighting each value based on the probability of the scenario occurring. "The key is to capture low-probability but high-impact scenarios, primarily to see where the vulnerabilities are," Jacoboski says.

All this comes to mind as we offer the second installment of Whitney's list of investment situations in which he's made money in his career (see 9 Ways to Make Money for the first installment). Without further ado, here are nine more moneymaking opportunities to look for:

1. Out-of-favor cyclicals. Success here usually involves correctly anticipating when a cyclical industry will rebound, which obviously isn't easy. There are many beaten-down cyclical sectors in which to hunt for bargains today, including airlines, financials, real estate and retailers. We're not tempted by the many apparent bargains among the first three, but we do see con-siderable value in certain deeply out-of-favor retailers, such as Sears Holdings (symbol SHLD), Barnes & Noble (BKS) and Borders Group (BGP). It would be hard to find three more-hated stocks. We don't claim they are great businesses, but their stock prices appear to be much too low.

2. Spinoffs. A company's stock price may not reflect its true worth when it is spun off by its parent. One interesting recent spinoff is EchoStar (SATS), which until early this year was part of satellite-TV company EchoStar Communications (now called Dish Network). The company primarily manufactures converter boxes for TVs and manages a fleet of satellites. Both businesses should flourish under independent management. Other signposts of a good value: EchoStar has a big cash hoard, attracts little analyst coverage (meaning that it is undiscovered) and trades at less than its very conservatively stated book value.

See We'll Drink to That for our take on another good spinoff investment.

3. Post-bankruptcies. Like spinoffs, there are many reasons companies emerging from bankruptcy can be inefficiently priced. A good example that we discussed in last month's column as a turnaround is supermarket chain Winn-Dixie Stores (WINN), which emerged from bankruptcy in 2006.

4. Stubs. Stubs typically occur when a public company owns a significant stake in a subsidiary that is also public. When the value of the subsidiary -- especially when its stock is absurdly overpriced -- is not reflected in the share price of the parent company, you can reap big gains by buying stock in the parent and short selling the stock of the subsidiary. Currently, for example, the market leader in information storage is EMC (EMC), which owns 85% of software company VMware. By proportionally buying EMC and shorting VMware, an investor can essentially buy EMC's core business at $7 per share, net of cash, or about 12 times this year's estimated earnings of 60 cents per share.

5. Net-nets. These are traditional Ben Graham "cigar butt" investments -- companies trading at a discount to the value of their current assets minus all liabilities. They're few and far between today, but Mr. Market does offer up such opportunities from time to time.

6. Stocks at a discount to cash. These stocks are even cheaper than net-nets, trading at less than cash on hand, minus all liabilities. Be careful, however, because such companies may have severely negative cash flow, and they may have large potential liabilities that haven't yet appeared on the balance sheet. As with net-nets, there are very few of these today.

7. Free or mispriced assets. In such situations, an investor gets a potentially valuable option for almost nothing. One example today is Canadian insurer Fairfax Financial Holdings (FFH), one of our largest positions. Fairfax operates a successful insurance business and has an extraordinarily successful track record, including a highly profitable ongoing investment in credit-default swaps (CDSs) on various financial companies with exposure to the credit crunch. In other words, the value of Fairfax's CDSs rises as these financial companies falter.

Here's how we think about the current valuation. As of the end of the second quarter, the company had a book value (assets minus liabilities) of $4.7 billion, or $257 per share. Subtracting $3 per share of goodwill, $6 per share of preferred stock and $44 per share for the market value of the CDS portfolio (we don't put a multiple on this), the tangible book value of Fairfax's core insurance operations is $204 per share. Similar well-run insurance operations are worth at least 1.3 to 1.5 times book value, so this results in a value of $265 to $306 per share.

To this, we add $25 per share for the company's investment in ICICI Lombard, a rapidly growing insurance company in India, for a total of $290 to $331 per share. At the stock's mid-September price of $213, we think you get a good insurance business at a bargain price, plus you pay nothing for Fairfax's CDS portfolio, which had a market value of $819 million ($44 per share) as of July 25. We think this price is very cheap -- and the company apparently agrees, as it has begun repurchasing shares to a meaningful degree for the first time in many years.

8. Declining cash cow. At the right price -- and if management wisely milks the business and allocates capital -- the stock of a declining business can be a great investment. Deluxe (DLX), the leading check printer, which many had considered destined for quick obsolescence, was a good example from late 2006 through mid 2007, when its stock price more than doubled. The stock has since fallen back to about $16, where it trades at 6.3 times this year's estimated earnings and pays a 6% dividend.

9. Discount to the sum of the parts. Many companies with distinct business lines can be great buys if the whole is trading at a sufficient discount to the value of the pieces -- especially if a breakup is likely. Resource America (REXI) is a rapidly growing company that operates in three segments: financial-fund management, real estate management and commercial finance. We believe the combined value of these separatebusinesses, when added to the value of other investments and what's on the balance sheet, is 50% to 100% higher than the current market price.

Skillfully assessing the probabilities of various outcomes for a company is insufficient to make a sound investment. Stock prices have future expectations already built in -- the trick is to find the biggest gaps between those expectations and your own.

SEE ALSO: Part I of the series, 9 Ways to Make Money

A broad-market downturn Tuesday ended the Nasdaq's five-day win streak and sent economically sensitive industries to deep losses.
The Bull Run Is Over: It’s Time To Replace Luck with a Plan

Gamification of financial apps can make investing fun, but unsophisticated investors can get in over their heads if they aren’t careful.
Skip to ContentSkip to Footer