It's a party one Kiplinger 25 Fund has missed out on, partly by staying out of the Chinese financial sector. 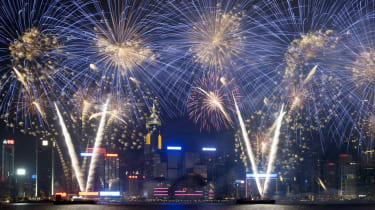 The main reason: China. Chinese stocks, led by those in the financial sector, surged in early spring. China represents 23% of the Emerging Markets index, and Chinese banks alone account for about one-third of China’s representation, or 7% of the index, so the China rally played a big role in pushing up the index. The Harding Loevner fund holds some Chinese stocks, including Internet conglomerate Tencent Holdings. But it doesn’t own any Chinese banks, partly because the government owns majorities in those firms. “You have the government telling the banks what to do, and that carries risks,” says Craig Shaw, the fund’s co-lead manager.

Shaw, co-lead manager G. Rusty Johnson and three other managers focus on individual companies, without trying to match the geographical or sector profile of their fund’s benchmark. They favor high-quality, growing firms that boast high and sustainable profit margins and returns on equity (a measure of profitability), carry little debt, and exhibit consistent growth, as measured by rising sales, profits or dividends. When they buy, they tend to hold longer than the typical emerging-markets stock fund manager. The Harding Loevner fund has a turnover ratio of 28%, which implies an average holding period of 3.6 years. The typical emerging-markets fund has a turnover ratio of nearly 70%, suggesting an average holding period of 1.4 years. That long view is one of the reasons we include it in the Kiplinger 25, the list of our favorite no-load funds.

When the managers do move, they often act decisively. In the first quarter of 2015, they sold all of their shares in some stocks that had performed well, including two financial-services firms: Russia’s Moscow Exchange and Samsung Fire & Marine, of South Korea. At other times, they move more gradually. As oil prices fell over the past year, they slowly increased their stake in energy stocks they already owned, including CNOOC, the majority-state-owned Chinese energy producer, and Dragon Oil, based in the United Arab Emirates.